Adult Contemporary Review: Sometimes "The Understory" is the Best Story of All 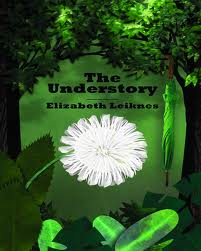 She never cries, but she fakes it beautifully.

And at night, she escapes from the failure of her own life by breaking into the homes of others, and feeling, for a short while, like a different, better person.

But one night, as an uninvited guest in someone's empty room, she discovers a story sadder than her own: a boy named Cooper Payne, whose dream of visiting the Amazon rainforest and discovering the moonflower from his favorite book, Once Upon a Moonflower, died alongside his father.

For reasons even she doesn't entirely understand, Story decides that she will help Cooper and his mother. She will make his dream come true.

When the decision is made, the lives of other broken people start to come together: Hans Turner, the door-making magician who can't shut the door on his past; Martin Baxter, the author of Cooper's beloved book, who wrote it with the daughter he misses every day; and Claire Payne, Cooper's mother, struggling to keep her son sheltered from the anger that threatens to consume her.

The Understory is a magical, moving, funny, and poignant story of failure and success; of falling apart and rebuilding; and of coincidences that never really are. Part comedy, part drama, and part fairy tale, Elizabeth Leiknes's second novel is a wonder you won't soon forget.  -Goodreads

My Thoughts
This is a story about the interconnectedness of the human condition and how words can be the catalysts that cause some of the greatest elevations of the human soul.
Story Easton is a woman so eager to shed the tattered rags of her life that she slips stealthily into the lives of others in the dead of night by way of unlocked windows, untended doors, and empty rooms.
The stories that she reads on the faces, in the voices, and in the houses of all the lives that she enters serve as a call to action for Story.
Her key...
Once Upon a Moonflower
The story of the magic of the Amazon rainforest and a girl who was once the magic of her father's life.

Just as the shrubs and plants that grow beneath the canopy of a forest are its understory; the pain, loss , and regret shared by Cooper, Claire, Martin, Hans, and Story serve as the floor from which the seeds of love, forgiveness, understanding, determination and hope sprout and flourish.

The true magic of this story lies in the fact that the one tangible thing that connects all of these lives is just that...a story.  The one thing that offers hope, release, and redemption is the written word.
This book stands as its own testament to the alchemical power of literature to transform thought into action and action into transformation of the force that is life.