Blog Tour: Can You Face "The Reckoning"? 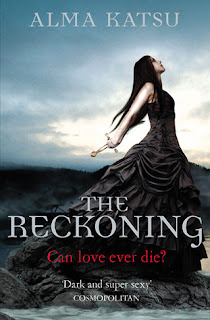 I turned to Luke and reached for him. My blood felt as though it had seized up in my veins.


I clutched his lapel desperately.

FOR 200 YEARS SHE’S BEEN HIDING

He gave her immortality.
She tried to destroy him.
Now he is searching for her.
They must not meet.

Or there will be a RECKONING...
-Goodreads


My Thoughts
It is with great pleasure that WTF Are You Reading? takes the time to revisit the sweeping saga that began with Alma Katsu's The Taker, and is now continued in The Reckoning.
In this, the second offering of the series, we find that much has changed in the life of Lanore.  She and Luke are together, and in London to view a "mystery exhibit" of artifacts that are being shown at the Albert and Victoria museum.  These artifacts, as it turns out, are actually pieces from Lanore's estate.
It is while standing in the middle of her past; that Lanore receives the first inkling of a happening that will surely mean the end of her future.
ADAIR IS FREE!
Adair...her maker...her lover...her captor...and now...HER KILLER??
Adair has been trapped in the walls of his Boston mansion for some 200 years by the woman that he loved, and now that he has been freed by the property's demolition, he wants revenge.
This book is more of Alma Katsu at her story-weaving best. What we have in this author is no ordinary storyteller.  She is indeed a weaver of tales, using the tools of imagary, word-smithing, and scene building to surround each member of her audience in a tailor made literary experience of the finest quality imaginable.
In this book, just as she did with The Taker, Alma Katsu  takes readers on an epic journey of love, betrayal, loss, pain, ecstasy, and alchemy that spans the past and present, as well as the globe.
It is not often that one finds a story in which the past and the present are not only able to coexist, but to blend seamlessly, creating a continuous timeline for not one, but all of the essential characters therein.
The emotional complexity with which this tale's characters are invested means that there are no true "white knights" or "dark horses".  There is more of a play on "shades of grey" that always serves to keep one guessing and to keep loyalties and allegiances changing with the reader as they do with the players as the drama found within the pages progresses.
This book is the perfect mid-point in a trilogy, the book that allows the reader to delve into the things that make the characters that they were introduced to in the first novel tick.  This is by no means a "stand alone" read.  So much of who these people are and how they came to be is found in The Taker, that you will not fully understand their progression, or in some cases, digression in The Reckoning, without having first read its predecessor.
The Lady Behind the Lit 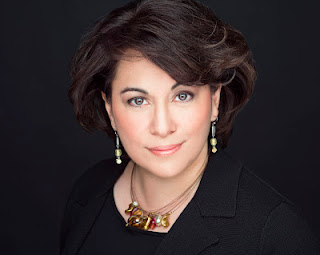 Alma Katsu is a writer living in the Washington, DC area with her husband, musician Bruce Katsu. She was born in Fairbanks, Alaska but spent most of her childhood in Massachusetts, in the middle of where colonial history was made. She started writing as a stringer for local newspapers while still in high school and continued as a freelance writer through her college years at Brandeis University, where she studied writing with novelist John Irving and children's book author Margaret Rey. She moved to Washington, DC to take a job with the federal government and stopped writing fiction for about twelve years to concentrate on her career. She returned to writing fiction at age forty and was accepted into the writing program at Johns Hopkins. The Taker was one of two novels she worked on while at Hopkins. It took about ten years to get The Taker in its present form. The Taker was published in 2011 by Gallery Books/Simon and Schuster in the US, in World English by Century/Random House UK, and translation rights sold to six countries. When not working on her latest book, Alma sometimes hangs out with the Northern Virginia chapter of the Writer's Center. She is a member of International Thriller Writers because they were quite nice to her when she was going through a thriller-writing phase, and is an alumnus of the Squaw Valley Community of Writers.