DNF Pile: "When We Wake" Is More Sleeper Than Keeper 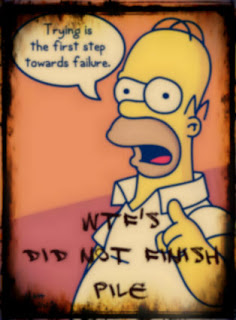 My name is Tegan Oglietti, and on the last day of my first lifetime, I was so, so happy.
Sixteen-year-old Tegan is just like every other girl living in 2027--she's happiest when playing the guitar, she's falling in love for the first time, and she's joining her friends to protest the wrongs of the world: environmental collapse, social discrimination, and political injustice.
But on what should have been the best day of Tegan's life, she dies--and wakes up a hundred years in the future, locked in a government facility with no idea what happened.
Tegan is the first government guinea pig to be cryonically frozen and successfully revived, which makes her an instant celebrity--even though all she wants to do is try to rebuild some semblance of a normal life. But the future isn't all she hoped it would be, and when appalling secrets come to light, Tegan must make a choice: Does she keep her head down and survive, or fight for a better future?
Award-winning author Karen Healey has created a haunting, cautionary tale of an inspiring protagonist living in a not-so-distant future that could easily be our own.  -Goodreads


My Take on Things

She is the first successful revive in a program
hoping to use what they learn from her case to
bring back soldiers that have died in combat.

I really feel for Tegan and her loss.
What I don't like is the obsession that she seems to
have with The Beatles.
Not only are the chapters in the book Beatles' songs,
the book is peppered with Beatles trivia as well.
ENOUGH ALREADY!

Then there is the replacement of the lost love from
Tegan's past with an almost clone.
WHAT???

What I did like however, was the brilliant
stand that the author took on  the social and
environmental issues that plague society.

All in all, this is not a bad book.
It just needs to be a lot more story
and a lot less 1960's peace rally revamp.