Partners In Crime Book Tours Presents: Birthdays of a Princess 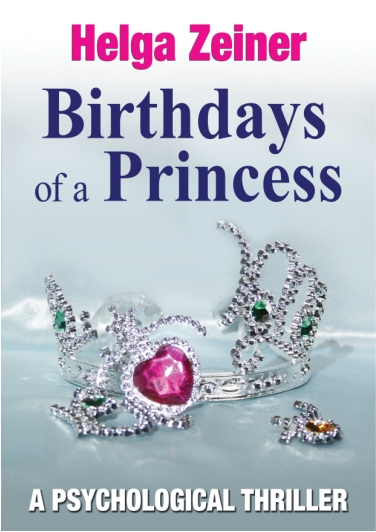 To be famous and be admired by total strangers can be very dangerous.
Her little girl has always been her princess. In fact, she was so lovely, Melissa entered her toddler into child beauty pageants, making her a star from an early age. But her dreams and hopes are shattered one October morning, when Melissa watches a breaking news story on television. A young girl has been filmed by bystanders, committing a brutal assault in broad daylight in a downtown Vancouver Starbucks…and it looks like the girl is her daughter.
From this moment on, a story unfolds, so shocking, that it will hold you captive and you will find yourself reading faster and faster into the night.

Birthdays of a Princess is a heart wrenching and frighteningly realistic look at what can happen when the evils of child exploitation and parental neglect are allowed to go unchecked.
Though it is quite clear that young Tia is the villain in the opening pages of this saga; it is not until much later that readers learn the true extent of her victimization. 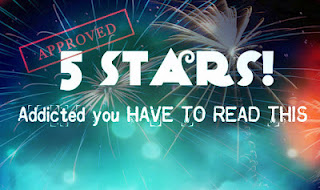 If not for the great care taken by the author in slowly and methodically taking readers into the heart of the dysfunction which in essence serves to create Tia; it would be very easy to close one's mind to her plight, write her off, and close this book.
Because readers take the journey of discovery with her however, we are allowed the peeks behind the closed doors, under the beds, and in the closets.
We can see the monsters of abuse and manipulation and hear her unanswered cries for help.

This is a very difficult story to read, but very much worth the time.
At it's heart, this is a cautionary tale.  A warning for adults and society as a whole that childhood is precious.  A time to be safeguarded by adults and enjoyed by children.  If this doesn't happen, society as a whole pays a grave and exorbitant price.

Born and educated in Germany, Helga left her home country when she was 18 to travel the world and experience the magic of life she was passionately reading about. She spent the next 15 years in exotic places like India, Thailand, Australia and Hong Kong, where she worked her way up into excellent managerial positions in large international companies. To achieve this she had to further her education and enrolled at night classes at the 'Chinese University of Hong Kong' for her Diploma in Management Studies. Love eluded her for many years. She was nearly 40 when she finally met her dream man and settled in Canada, where she now lives, neatly tucked away in the wilderness. She has previously written several suspense novels which have been published in Germany. Her first novel written and published in English is called. ‘Section 132”. A thrilling fact-based page-turner about a young girl forced into a polygamous marriage that has received countless 5-star reviews. Birthdays of a Princess’ is her second novel and will be published in June 2013.


Catch Up With Ms. Zeiner:

Email ThisBlogThis!Share to TwitterShare to FacebookShare to Pinterest
Labels: Partners In Crime Tours