Feel The Chill of the Coolest "Cold Spell" Ever 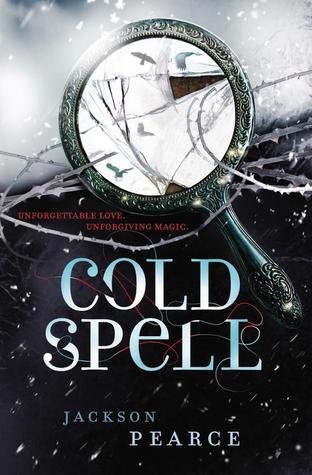 Kai and Ginny grew up together–best friends since they could toddle around their building’s rooftop rose garden. Now they’re seventeen, and their relationship has developed into something sweeter, complete with stolen kisses and plans to someday run away together.

But one night, Kai disappears with a mysterious stranger named Mora–a beautiful girl with a dark past and a heart of ice. Refusing to be cast aside, Ginny goes after them and is thrust into a world she never imagined, one filled with monsters and thieves and the idea that love is not enough.

Jackson Pearce, author of the acclaimed SISTERS RED and FATHOMLESS, has returned with a unique vision of Hans Christian Andersen’s “The Snow Queen,” one about power and redemption, failure and hope, and the true meaning of strength.


Jackson Pearce has once again managed to imbue the timeless childhood tales that countless generations have lovingly carried in our hearts and lovingly shared with those we love, with a fresh and modern life.
Her newest take on The Snow Queen is no exception.

Kai is a young protege on the violin.  His eccentric and very protective grandmother is always warning him of strange beasts that are "hunting" him and telling him tales of mysterious happenings in her past. 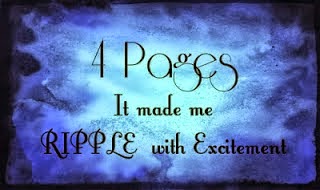 Ginny is Kai's very practical, "wind beneath his wings" girlfriend.
Until...
Grandma dies under mysterious circumstances, and the mysterious and drop-dead gorgeous Mora, kidnaps Kai, leaving broken hearts, mysteries, and snow storms in her wake.

This story is all about girl power.  Ginny's girl power to be exact.  she becomes a girl on a serious mission after Kai goes MIA via Mora.
She goes through being chased by weres, kidnapping by gypsies, and a fight with the Snow Queen herself.
With nothing but her bravado, determination, and Grandma's cookbook a la "encyclopedia of all things weird,"
Ginny proves to be quite the formidable foil for any and all baddies.
Though this story is worthy of 5 stars, some confusion involving the gypsies prevents the top rating.
Kai is for the most part, a non-issue but with all the action and the vivid images that this book invokes, he is not really missed.
In fact, with everything that Ginny accomplishes by the end of this read; one starts to wonder if Kai is truly worth her time.
This is a wonderful way to introduce modern audiences to the wonder and majesty that is The Snow Queen.