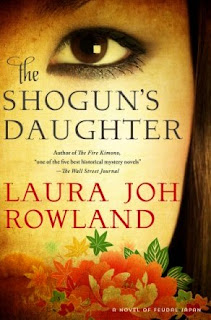 Japan, 1704.  In an elegant mansion a young woman named Tsuruhime lies on her deathbed, attended by her nurse.  Smallpox pustules cover her face.  Incense burns, to banish the evil spirits of disease. After Tsuruhime takes her last breath, the old woman watching from the doorway says, “Who’s going to tell the Shogun his daughter is dead?”

The death of the Shogun's daughter has immediate consequences on his regime. There will be no grandchild to leave the kingdom. Faced with his own mortality and beset by troubles caused by the recent earthquake, he names as his heir Yoshisato, the seventeen-year-old son he only recently discovered was his. Until five months ago, Yoshisato was raised as the illegitimate son of Yanagisawa, the shogun's favorite advisor. Yanagisawa is also the longtime enemy of Sano Ichiro.

Sano doubts that Yoshisato is really the Shogun's son, believing it's more likely a power-play by Yanagisawa. When Sano learns that Tsuruhime's death may have been a murder, he sets off on a dangerous investigation that leads to more death and destruction as he struggles to keep his pregnant wife, Reiko, and his son safe. Instead, he and his family become the accused. And this time, they may not survive the day.

Laura Joh Rowland's thrilling series set in Feudal Japan is as gripping and entertaining as ever.

Author of The Fire Kimono, “one of the five best historical mystery novels”—The Wall Street Journal

“Rowland has a painter’s eye for the minutiae of court life, as well as a politician’s ear for intrigue.”—The New York Times Book Review

“Sano may carry a sword and wear a kimono, but you’ll immediately recognize him as an ancestor of Philip Marlowe or Sam Spade.”—The Denver Post

This book is quite the surprise.  The combination of historical fiction and mystery blending in new and exciting ways within its pages.
Sano has everything to lose in 1704, when after the suspicious death of the Shogun's only daughter, and the sudden appearance of a supposed heir to the throne instigated by his longtime rival at court; Sano finds himself demoted and in fear for his life.
The resourceful and indomitable Sano, proves to be a very likeable character from the start; drawing readers to his righteous, but never overbearing personality.
As the story progresses and readers are made aware of who the players an this high-stakes game of political and personal chess; one begins to see Sano, and those he enlists to aid him as mavericks of intrigue.
Just when you think that Sano's quest for truth and justice has been thwarted; he manages to find the unfindable or solve the unsolvable.

That is not to say that things don't get more perilous for him and his family while they, and those helping them are on their case.  It is in fact the constant threat of the wolf at the door that drives the plot and gives this story it's relatively fast pace.

It seems that in addition to expertly crafted and flawlessly rendered plots, Ms. Rowland is quite the mistress of setting.  It is after all her vivid and engrossing scenes that wrap this wonderful tale in it's panoramic view of feudal Japan, presenting it in such detailed relief that readers are transported with an almost tangible way back to the time of silk and swords.

This book is one that is a joy to read, easy to follow and hard to put down.  If you are a fan of the methodical sleuthing of Sherlock, coupled with the honor code and family loyalty if the Samurai, you are sure to love, The Shogun's Daughter. 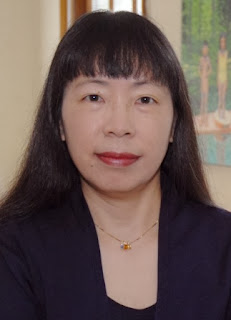 Laura Joh Rowland is the author of a mystery series set in medieval Japan, featuring samurai detective Sano Ichiro.  The Shogun’s Daughter is the seventeenth book in the series.  Her work has been published in 13 foreign countries, nominated for the Anthony Award and the Hammett Prize, and won the RT Reviewer’s Choice Award for Best Historical Mystery.  Laura lives in New York City.