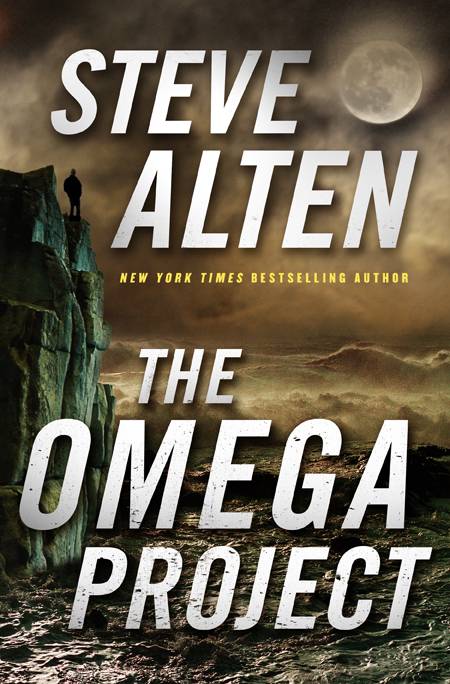 In The Wizard of Oz, a runaway finds herself transplanted to a strange land, only to learn it was all a dream. In Planet of the Apes, an astronaut awakens to find himself in a strange land, only to realize he is still on Earth. The Omega Project ups the ante, and neither the hero nor the reader will know the true reality until the very last page. In 2028, twelve astronauts and a scientist are cryogenically frozen for 30 days beneath the Ross Ice Shelf to prep for a mission to Europa. Only one will awaken... 12 million years in the future!

When the oil stopped flowing death became a game of musical chairs. Accepting isolation over the insanity of anarchy, I remained alone in my fortress of solitude, waiting for the world’s population to drop from seven billion to just under six hundred million, knowing that if I could safeguard my chair then maybe I’d live to see a different, wiser world. Instead, I found myself quarantined against a society gone mad in every sense of the word. After sixteen months of rationing, I was forced to venture out of my prison -- and that’s when I met my new companion.

The Omega Project is a book that always keeps the reader guessing. Ike Eisenbraun is a wonderfully brilliant character, who is the perfect example of one who is "smart enough to survive."
There was so much to love about this book that only the "highlights" will be discussed here.

This is not your mother's sci-fi.  There is a "rogue computer", (wouldn't be sci-fi without it) but there
is also a love story, betrayal, plots, suspected insanity, lies, and forced cryogenic stasis, (sci-fi speak for kidnapping and freezing a guy against his will) and all of that happens before he wakes up in a world populated by giant flying bats and uber-intelligent octopi.

This is a very fast paced read, but the story is very well written, not overly technical, and very easy to follow.  Ike is a very likeable character, who for the most part is just trying to survive the end of the world, but who's brain makes him a target for Washington.

Reading this book is defiantly a wonderful trip down a very large rabbit hole.

Steve Alten earned his Bachelors degree at Penn State University, a Masters Degree in Sports Medicine from the University of Delaware, and a Doctorate of Education at Temple University. Struggling to support his family of five, he decided to pen a novel he had been thinking about for years. Working late nights and on weekends, he eventually finished MEG; A Novel of Deep Terror, a thriller about Carcharodon megalodon, the 70-foot prehistoric cousin of the great white shark. MEG went on to become an international best-seller, with movie rights sold. The Mayan Calendar plays a big part in his Domain series -- another international best-seller sold in the U.K. as THE MAYAN PROPHECY series. Steve's other work includes The LOCH -- a modern-day thriller about the Loch Ness Monster, The SHELL GAME -- about the end of oil and the next 9/11 event, and GRIM REAPER: End of Days -- a modern-day Dante’s Inferno which takes place in New York when a man-made plague strikes Manhattan. His best work yet, THE OMEGA PROJECT – was released in August 2013. As an author, Steve has two goals. First, to continue to work hard to become a better storyteller and create exciting page turning thrillers. Second, to remain accessible to his readers. Steve reads and answers all e-mails, uses the names and descriptions of his loyal fans as characters in all his novels, and even hires readers as editors, depending on their particular expertise.


Catch Up With the Author:

Win an Omega Project Poster!
Just leave a comment on this review to win!
You must be 18 or older to win.