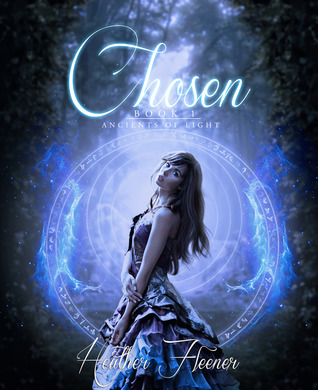 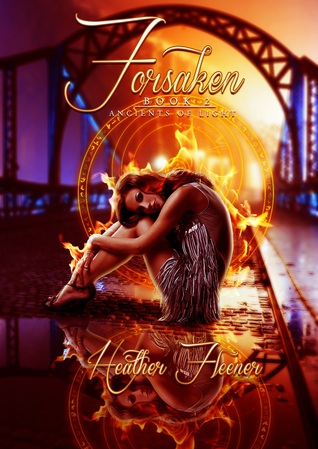 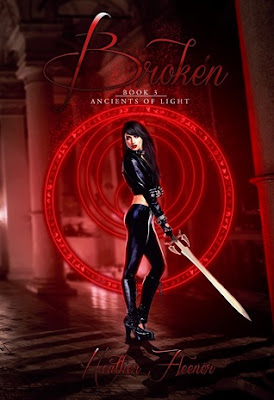 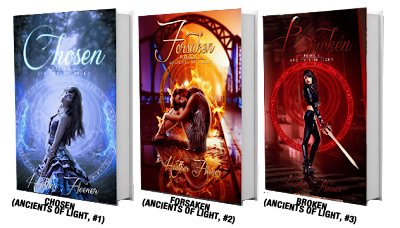 My Thoughts
The Ancients of Light series was one that I fell in love with from book 1.  Chosen, made for quite the introduction to Kaitriana, Lorcan, the world of Realm, and the wonderful cast of supporting characters that help to flesh out the story that heralds the beginning of an absolutely fabulous series.

Readers are allowed to grow up with Kat in this first read, as she is but a wee thing when first we me her and she meets Lorcan.  This is when both he and she stake their claims on each other, and in the hearts of readers.

The surprise come when readers find out how childhood claims come to pass in very adult ways after Kat has been allowed to mature some 500 years, and is once again reunited with her warrior vamp.

This is where things really start to get interesting...and a little frustrating for me and every other forward thinking female reading this book.  Lorcan becomes sexier, but decidedly more possessive as the pages turn.
This of course leads to Kat having to show him, and every nay sayer in the story who's boss in a very kick ass fashion.

This was the only 4 star rating of the three books.  It would have been a five, but for its length...about 100 pages too long...and Lorcan, who only became truly great near the end.

Forsaken, is my favorite of the three.  Cole/Nicholas is everything that a girl could want in her warrior vamp.  Sexy, strong, sophisticated, a lover of good food, good wine, and not afraid to shop for killer presents for his "princess".

The only drawback to Mr. Wonderful?

He is an agent of the Dark, and as such is hell bent on taking down all Warriors of the Light.

Ella, like Kat is a kick ass heroine of the light.  She has a quick wit, awesome Fire powers, and a big heart.
When she and Cole meet at a bar in Chicago, neither have any idea just how hot the two of them are going to get.

Things between these two are so lighthearted and sweet that it is very easy to forget that there is a war going on in Realm.
Until...
Well, let's just say that "what's done in the dark..." and from the looks of what Ella finds out...our dark Boy Wonder has a lot to answer for.
This book is built on secrets, lies, amd discoveries made this time by Ella, about herself, her heritage. and the depth and breath of her love for the vamp that she doesn't quite know.  Yes, Kat and Lorcan are in this one too. Lol!
This is where the series really starts to find its pace. Everything about this book is sheer perfection!

Broken, this is where we finally get a close up and personal look at Kylie and Sayer.  This is also where we see a turn about.  Kylie being the dark and tortured soul and Sayer doing all he can to help her.
Kylie's story was one that really tugged at my heart and reading her was so engrossing that I had to make this one personal.
There is a lot going on in this third book that has to do  with many other plot lines in the story as well and I really don't want to spoil anything so I will just end this review by saying 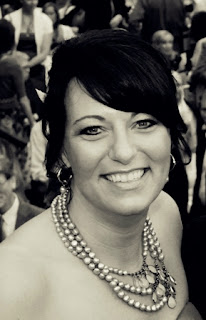 Heather Fleener lives in Indiana with her husband, D.A. and their twins, Thomas and Alexandra. Professionally she has spent her career working in the area of Intellectual Property law.
Reading has been a passion of hers since she was young and she has adored romance novels her entire life. The romantic styles of Judith McNaught and Julie Garwood are her inspiration, though she has read and loved the stories of countless other authors. Her fascination with the paranormal began to form at the young age of six, watching late-night ghost and vampire movies with her Grandpa. Unfortunately, as a result, she also remains afraid of the dark to this day.
Combining her love of epic romances and the supernatural was a natural progression for her overactive imagination. When the idea for the Ancients of Light series began, it was an abstract story line rambling around in her head to help kill a few miles on the treadmill. As the stories and plotlines continued to grow, it finally became necessary to put the words to paper and build the characters that had been living in the Realm and having conversations in her head for months.
The series is a testament to many miles on the treadmill and lots of characters that insist on having their stories told.
Website:  http://www.ancientsoflight.com/
Facebook:  https://www.facebook.com/AncientsOfLight
Goodreads:  http://www.goodreads.com/author/show/6486276.Heather_Fleener
Twitter:  https://twitter.com/HeatherFleener
Blog:  http://heatherfleener.blogspot.com/
Pinterest:  http://www.pinterest.com/hfleener/boards/