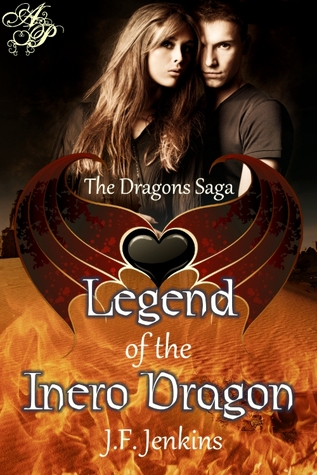 Twin brothers Jason and Matthias Inero are the favorite sons of the great dragon lord of fire. More often than not they get whatever they want. Matt wants to do great things for his people while Jason wants to go off and explore the world. Both can have what they desire, but not until they take a bride and enter into adulthood.

Enter Kat and Gwen, two girls from very different backgrounds. Kat is happy to leave her home when the royal guard comes to bring her to loving arms of her childhood sweetheart, Matt. Gwen on the other hand is livid to be taken from her farm only to be thrust into Jason's life, and he's not to thrilled with the idea either. They have one year to find happiness with each other, or else they will be placed at the mercy of the ruthless dragon lord Lynx. Favorite or not, dragon law must be obeyed.

As their nation begins to prepare for war against a neighboring tribe, the brothers find themselves as key components in the battle plans. A dark prophet has had a vision of Inero victory, but at what cost? Both must decide where their loyalties lie and what they're willing to sacrifice – including each other – to achieve their goals.  -Goodreads

This read is all about the dragons baby!
Dragons of the hot, powerful, and shape-shifting variety... that is!

Want a story that is full of family drama, secret plots, prophecies fulfilled, love realized, murder, and more...
Then dive head first into the fiery world of twin princes Jason and Matthias Inero.
Groomed to someday share in ruling the kingdom of the Fire Dragon; these mirror image sons of the throne couldn't be more different in spirit.
Matthias is all about the duty, pomp and circumstance of kingdom and office.
Jason on the other hand, could care less about title; choosing instead to seek the life of a free adventurer. 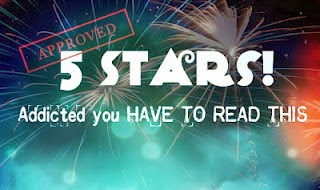 Until...Gwen and the vision.
This wonderful read has so much going on that once you pick it up; it is a sure bet that dinner will be skipped and the dog will just have to walk himself, because you will be far too busy reading.
You can't help liking the loving and spirited Inero twins. They are trying their best to live their own lives, while having to deal with the constant pressure of duty and expectation.
While the noose of responsibility is not as tight on Jason as it is on dad's shadow Matthias; he does feel the heat when it comes to choosing his mate.
Add to that secret scheming destined to start a war...compliments of daddy dearest and a history making prophecy that only the brothers can fulfill..and voila...a must read!