Welcome to our 21st episode of ReadOn!  Tonight we will have these wonderful 4 authors.  The first two authors tonight will be for Teen/Ya!  The last two will be Adult!  So we have something for everyone tonight folks.  And of course make sure to stick around at the end to get the super secret code so you can enter the giveaway!
Giveaway is open to EVERYONE!

Alexia currently lives in Las Vegas, Nevada- Sin City! She loves to spend every free moment writing, or playing with her four rambunctious kids. Writing has always been her dream and she has been writing ever since she can remember. She love's creating paranormal fantasy and poetry and loves to read and devour books daily. Alexia also enjoys watching movies, dancing, singing loudly in the car and Italian food. 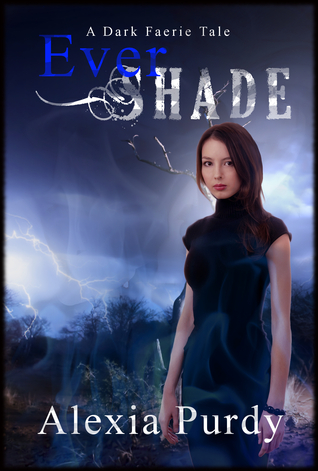 Ever Shade A dark twist on faeries. For Shade, a chance meeting with a powerful Teleen faery warrior who wields electrical currents and blue fires along his skin, has her joining him on a treacherous mission for the good Seelie Faerie Court across the land of Faerie. Magic and malice abound and nothing is what it really seems to be. The evil Unseelie Queen and her treacherous allies are around every corner as Shade makes her way across the breathtaking landscapes of the world of Faerie, which exists alongside the mundane human world. Shade discovers her own uncharted magic and meets some of the most powerful warriors in Faerie while battling evil dryads, conniving Teleen guards and challenges on her life with every step in a world where nothing can be taken for granted. Paperback includes the prequel: Evangeline Books in this series: Prequel: Evangeline Book 1: Ever Shade Book 2: Ever Fire Book 3: Ever Winter Book 3.5: The Cursed Book 4: Ever Wrath

AMALIE HOWARD grew up on a small Caribbean island where she spent most of her childhood with her nose buried in a book or being a tomboy running around barefoot, shimmying up mango trees and dreaming of adventure.

An aspiring writer from a young age, Amalie's poem "The Candle," written at age thirteen, was published in a University of Warwick journal. She was also a recipient of a Royal Commonwealth Society essay award (a global youth writing competition). A Colby College graduate, she completed simultaneous Honors Theses in both French and International Studies, and graduated Summa Cum Laude/Phi Beta Kappa. At Colby, she was cited for research and criticism in Raffael Scheck's article, "German Conservatism and Female Political Activism in the Early Weimar Republic," and his subsequent book, MOTHERS OF THE NATION. She also received a distinction in English Literature from the University of Cambridge (A-levels) as well as a certificate in French Literature from the Ecole Normale Supérieure in Paris, France.

Traveling the globe, she has worked as a research assistant, marketing representative, teen speaker and global sales executive. In between writing novels and indulging her love of reading, Amalie is also a review editor for TheLoopNY, a local Westchester-New York periodical, and blogs at amaliehoward.com. She is represented by the Liza Royce Agency and is a member of SCBWI.

Her debut novel, BLOODSPELL, was selected as a Seventeen Magazine Summer Read. Look for WATERFELL from Harlequin TEEN Fall 2013, THE ALMOST GIRL from Strange Chemistry in January 2014 and ALPHA GODDESS from Skyhorse/Sky Pony Press coming April 2014.
For tour and upcoming events as well as more information on Amalie, please visit www.amaliehoward.com.

Seventeen-year-old Riven is as tough as they come. Coming from a world ravaged by a devastating android war, she has to be. There’s no room for softness, no room for emotion, no room for mistakes. A Legion General, she is the right hand of the young Prince of Neospes, a parallel universe to Earth. In Neospes, she has everything: rank, responsibility and respect. But when Prince Cale sends her away to find his long-lost brother, Caden, who has been spirited back to modern day Earth, Riven finds herself in uncharted territory.
Thrown out of her comfort zone but with the mindset of a soldier, Riven has to learn how to be a girl in a realm that is the opposite of what she knows. Riven isn’t prepared for the beauty of a world that is unlike her own in so many ways. Nor is she prepared to feel something more than indifference for the very target she seeks. Caden is nothing like Cale, but he makes something in her come alive, igniting a spark deep down that goes against every cell in her body. For the first time in her life, Riven isn’t sure about her purpose, about her calling. Torn between duty and desire, she must decide whether Caden is simply a target or whether he is something more.

Faced with hideous reanimated Vector soldiers from her own world with agendas of their own, as well as an unexpected reunion with a sister who despises her, it is a race against time to bring Caden back to Neospes. But things aren’t always as they seem, and Riven will have to search for truth. Family betrayals and royal coups are only the tip of the iceberg. Will Riven be able to find the strength to defy her very nature? Or will she become the monstrous soldier she was designed to be? 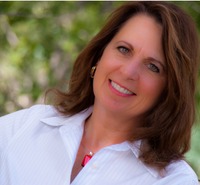 Gail Mencini makes her literary debut with To Tuscany with Love, an adult coming-of-age novel. She was born and raised in rural Nebraska, where everyone knew their neighbors and summers were spent outdoors--working, playing, or watching fireflies. Her love for reading books and imagining characters and their stories germinated during those days of creating her own world. Gail's parents, who visited every continent except Antarctica, sparked her love of travel and adventure, which burns brighter than ever.
Gail was raised to be independent. College and grad school brought her training in tax law, and for many years she used that knowledge in her CPA practice to help clients across the country. In 1990 Gail's life took a radical shift when she became a wife and also "instant mother" to three active sons, with a fourth son born a few years later.
One hot July summer in Key West, Gail and her husband toured Ernest Hemingway's house. Smacked in the face with the master writer's ghost and palpable presence, she confessed her secret desire to write books. Unlike her, Gail's husband felt only the heat and humidity and not a trace of Ernest. Her confession led to her writing a novel that won contests and landed a New York literary agent, but otherwise never saw the light of day. After years of writing, improving her craft, and working harder, the kernel of an idea and several trips to Italy inspired Gail to write To Tuscany with Love, the first book in her Tuscany series. The years following her childhood of imagining far-away places and the people there have only intensified her love for creating stories. Gail is thankful every day and knows she is abundantly blessed to be a wife, mother, and writer.


To Tuscany With Love 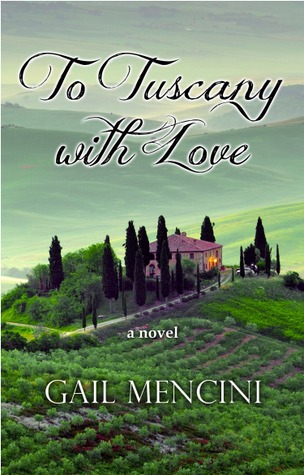 Can one college semester abroad change the course of your life?
Bella Rossini, a vivacious college junior, lands in jail overnight with acquaintances whom she mistakes for friends. Shipped off to Tuscany by her mother, Bella is suddenly thrust into living with seven strangers during one life-altering summer.
Meet Hope, the sturdy and practical girl, steadfast in her loyalty to her boyfriend; Meghan and Karen, identical twins with an eye for fashion and beauty to match; Stillman, haunted by his hard past, and Phillip, an athlete, both fueled by competition; Lee, by family mandate in pre-med; and Rune, the Hollywood-bound wild child. All add sizzling chemistry and rebellious humor to the mix.
In one whirlwind summer, while uncovering the charms of Italy, they discover both friendship and
love.
After their summer together, life – and loss – happens.
Returning to Tuscany 30 years later, their dreams, anger, secrets and disappointments create an
emotional kaleidoscope. Their reunion sends them on a startling collision course that none of them
could have predicted.
Set against the allure of Tuscany, with an irresistible fusion of heartbreak and humor, this debut novel, “To Tuscany with Love,” explores the fear of letting the past determine the future and the power of friendship. 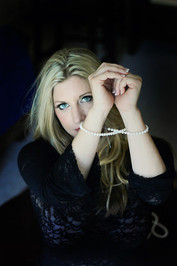 Jennifer Sage is the internationally acclaimed, best selling author of the novels "Immortal Dreams, Immortal Bound and Keltor". Keltor, her first book in "The Guardian Archives" series, is being translated into Italian to be lovingly adored in her favorite country in the world, by the wonderful publisher out of Rome, Dunwich Edizioni.

She is also the sought after poet of some very controversial erotica, which she usually shares for free over her many social media platforms. Requested by popular demand, there will be a very private, very secret work of her poetry released on 2-14-14, worldwide.
Besides being a lover of writing and reading, she is the lover of deliciously crafted red wines, phenomenal food that makes her squirm and a trademark "EEEEEK!" when she's excited. Want to know more? She can be found at www.jennifersage.com 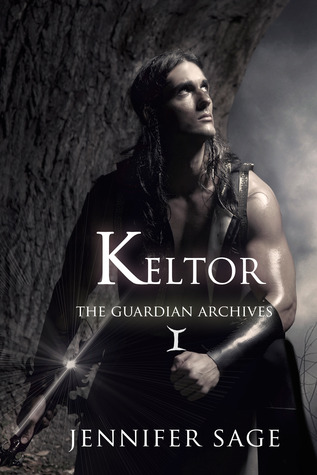 Keltor is a Guardian of the light even though he exists nearly in Shadow, haunted by his past. His world, the world of the Guardians, is a dark reality that coexists in modern day with ours. Behind the warm veils of our lives a war rages against the Shadow Demons and the Guardians protect as much of humanity as they can, still believing in us as a race.
There is one person alive, a Keeper, who has within her the power to tilt the scales one way or another in this war. With the ability to damn the Light or the Dark and no knowledge of how to she is supposed to do either, Liz is nearly a helpless pawn. A pawn that is about to find herself completely powerless against a force greater than she has ever known.
A Guardian who lost his heart centuries ago. A female who has never really known her own. Laws that prevent them from ever finding solace in the other. Far different laws that prevent them from turning away.