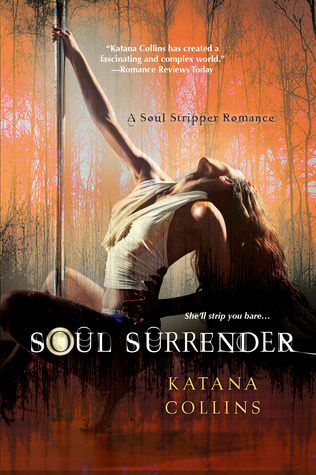 
Who knew sex could be so deadly. . .
A fallen angel with a bounty on her head, Monica's a succubus with an unquenchable craving for sex. With one pulse-pounding orgasm, she consumes just enough of a person's soul to keep her alive. Of course that means human lovers are off limits, and so she keeps her distance from  Drew, the one mortal she actually cares about. But Drew's been missing since his escape from Hell, and now her boss Lucien has gone MIA. Chased by every assassin this side of immortality, Monica has no choice but to abandon her low profile and put her own eternal life in danger. . .
Praise for Katana Collins
"What a ride! I can't wait to see what happens next in this fantastic new series!" --Caitlin Crews, USA Today bestselling author
"Erotica buffs will embrace this modern-day paranormal story, which is filled to the brim with sex, shifters and demons." --RT Book Reviews, 4 Stars, on Soul Stripper
This book contains adult content  -Goodreads

My Thoughts
Authoress Katana Collins has managed to both thrill and titillate audiences with the first two books in the Soul Stripper series.  Her third offering, Soul Surrender, does not disappoint on either count.

It seems that things have gone from bad to worse for Monica.  There is still a bounty on her head, Drew has gone missing from Hell, and Lucian...well let's just say that he has been stolen...for lack of a better explanation.
And that's just the first few chapters!
This series has been an edge-of-your seat, sinfully sexy, paranormal plot parade from the very start, and Soul Surrender has proven to be all that and more.

While Monica is allowed to strut her sexy succubus stuff just as she has in previous reads; the sensual side of things takes a welcome backseat this ride, making way for a story that has to be read!
Where the last book allowed Damien and Lord Buckley's stars to shine; this one is all about Lucian,
or I should say, Lucian's disappearance. 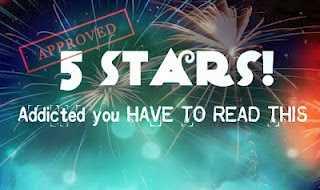 It seems that the Adonis of Arch-demons has gone missing and the list of people and reasons for his disappearance gets longer and more dangerous as the story progresses.

Uping the "feels" ante just a bit more is a flashback to an earlier assignment involving Monica and Lucian in 1776.  Yep, that's right.  During the Revolutionary War. Care to hazard a guess as to what side they were on?

I could and would happily go on to divulge more of the many sordid and drool worthy goings on, but in the interest of time and non spoilage...I won't.

What I will say is that this is the third and hopefully not the final book in what has proven to be a stellar Urban Fantasy series.  If you like stories where bad isn't always bad, sinners have souls, and good isn't always good for you...look no further.