Sizzling PR and Entangled Publishing Present: Call of the Siren 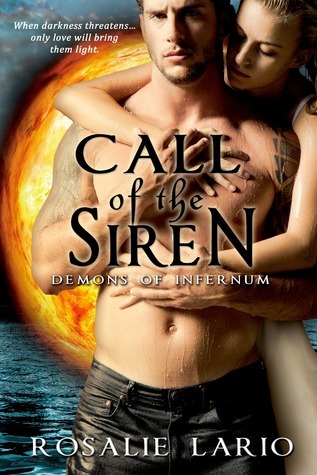 Title:  Call of the Siren

Siren-demon hybrid bounty hunter Dagan Meyers swore he’d never settle down. His older brothers might’ve adjusted well to family life, but tying himself to one woman is so not Dagan’s bag. Until he meets the gorgeous angel Lina, his brother Ronin’s long-lost adopted sister, and can’t think of being with anybody BUT her. Too bad Ronin’s well aware of Dagan’s party-boy lifestyle and won’t let him anywhere near his seemingly angelic baby sister.
Living the life of a mercenary has been perfect for Lina, who is still getting over abandonment issues that began when she was orphaned as a child. The last thing she wants is to develop feelings for the smooth-talking man she knows will eventually leave her. But as the whole group battles a growing darkness—a powerful dark fae who’s harnessed untold power—Dagan and Lina find that love may be their greatest weapon against the evil that threatens to destroy them all.

My Thoughs
Call Of The Siren, is the last installment of the Demons of the Infernum series.  As such, I was presented with quite quandary in my effort to review this title, having not read its predecessors.

The story is a very good one.  Full to the brim with fea-tastic family drama, evil plots, dastardly dads, and fiery passion. 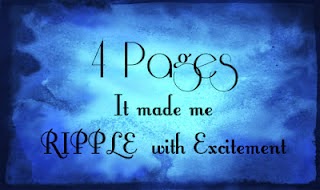 The love story between Dagan and Lina is a real high point.
There are a great many lose ends that seem to be tied up in this book, and a number of characters who reappear to settle past issues.
This story as it is, is a very well written and easy to follow one.  The characters are very well developed and have great interplay.

There is a lull in the action just after the halfway point of this read, but is a relatively short.
This is a very good book that must be read in serial succession.

Rosalie Lario is the award-winning, paranormal romance author of the Demons of Infernum and the Fallen Warriors series. Rosalie double majored in Anthropology and Classics as an undergraduate student, and briefly considered becoming an archaeologist before realizing they don’t actually live the life of Indiana Jones. So what was a classical geek armed with a lot of useless knowledge to do? Become a lawyer, of course!
After attending law school in Florida, she practiced real estate law for several years before finally admitting to herself that negotiating contracts wasn’t nearly as fun as dreaming up stories. She never imagined all the mythology she’d learned throughout her undergraduate education might actually come in handy, but it makes perfect fodder for the paranormal romance stories she now dreams up.
When not writing, she enjoys spending time with her husband and two young children in their home state of Florida. You can visit Rosalie at her website: http://www.RosalieLario.com.