BookSparks PR Presents: The One And Only

In her eagerly awaited new novel, beloved New York Times bestselling author Emily Giffin returns with an extraordinary story of love and loyalty—and an unconventional heroine struggling to reconcile both.

Thirty-three-year-old Shea Rigsby has spent her entire life in Walker, Texas—a small college town that lives and dies by football, a passion she unabashedly shares. Raised alongside her best friend, Lucy, the daughter of Walker’s legendary head coach, Clive Carr, Shea was too devoted to her hometown team to leave. Instead she stayed in Walker for college, even taking a job in the university athletic department after graduation, where she has remained for more than a decade.

But when an unexpected tragedy strikes the tight-knit Walker community, Shea’s comfortable world is upended, and she begins to wonder if the life she’s chosen is really enough for her. As she finally gives up her safety net to set out on an unexpected path, Shea discovers unsettling truths about the people and things she has always trusted most—and is forced to confront her deepest desires, fears, and secrets.

Thoughtful, funny, and brilliantly observed, The One & Only is a luminous novel about finding your passion, following your heart, and, most of all, believing in something bigger than yourself . . . the one and only thing that truly makes life worth living.  -Goodreads

The first half of the book is a bit slow.  The death of central female lead Shae Rigsby's best friend's mother, the opening play.  While this is good emotional bait for the reader, its effectiveness is quickly negated by Shea's nearly obsessive take on all things football.
This is the part where all non-footballer readers run screaming from the room, and all of us who have had to spend any time within the ranks of sport induced widowhood, grit our teeth stoically and pray for rain. 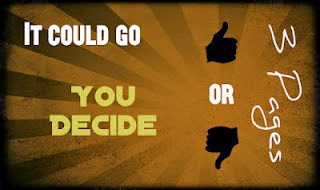 The rain, or in this case drama, does come in fits and starts in the form of a breakup between Shea and her Mr. Right Now, Miller, a new job and a new relationship with Mr. Too Good To Be True, Ryan James.  Not only is Mr. James an all-star professional quarterback, he and Shea know each other from both high school and college, he is looking for a regular girl, and he's monogamous!  Now Shea's got the ball and the "Don't Fuck It Up" play is in full swing. Things are looking up, readers are all in for Shea's attempt at the 'happily ever after' touchdown, but with over half the book to go...we are prepared for the fumble.
And quite the fumble it turns out to be...thanks to Coach Carr and a brutal assist from Mr. James late in the third.
To say that the chances of Shea garnering the love, happiness, and friendship trophies that she so doggedly seeks, are at this point 'dead in the water', would be a gross understatement.  Don't be so quick to count this game a loss however.  With a 'friendship Hail Mary' late in the fourth, BFF Lucy proves to be the MVP of this read, bringing home a hard won victory tied with the coveted 'happily ever after bow.'

Though most of this book is spent talking about Shea's interactions with other people, and of course, her love of football.  Her down home charm and 'girl next door' sensibilities  are a definite draw.  Readers have an almost immediate connection with her and want the best for her.  (Even if we have to sit through parts of her story that are as dry as the Sahara to see it.)
The way that things turn out between Shea and her mentor are pretty much a foregone conclusion.  The fun here being the discovery of how, exactly, they were going to get where everyone reading the book knew they were going.
Best friend, Lucy,  manages to go from supportive best friend to temperamental third grader when the rubber meets the road, and hunky Ryan James ends up being the diversionary red herring that keeps the plot moving
Story nuances aside, the only real detracting factor of this read wold have to be its length.  432 pages of life in a small southern town can prove a bit hard to fill, as a writer...and daunting to to get through, as a reader.
The One and Only, is at its quirky little heart a very bittersweet tale that like life and football, may make you question your sanity many times during the experience...but proves to be worth the ride in the end.

Emily Giffin is a graduate of Wake Forest University and the University of Virginia School of Law. After practicing litigation at a Manhattan firm for several years, she moved to London to write full time. The author of six New York Times bestselling novels, Something Borrowed, Something Blue, Baby Proof, Love The One You're With, Heart of the Matter, and Where We Belong, she lives in Atlanta with her husband and three young children.
See Her Socially 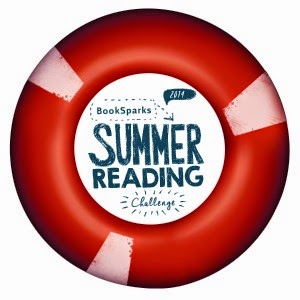