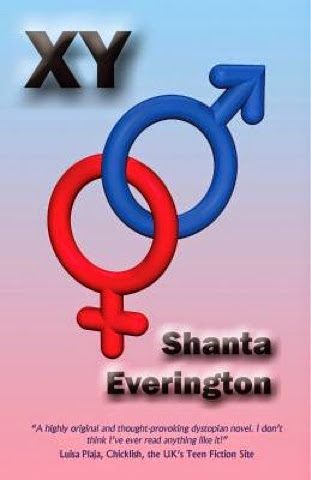 Fifteen-year-old Jesse lives in a society where babies are born neither male nor female - gender is assigned at birth. Will the secret she closely guards be found out? Boyfriend Zeus, mother Ana's Natural Souls, and new friend Ork, leader of We Are One, pull Jesse in different directions, forcing her to make her own mind up about who she really is.
-Goodreads

My Thoughs
This is the story of Jesse, an intersexed, female identifying, person living in a world where living as intersexed is seen as both morally and legally wrong.So wrong in fact, that parents of intersexed children are mandated by the government to have their children sexually assigned through surgical means at birth.

Jesse, it seems, is one of the lucky few who get to choose. She and her brother Randy have been able to keep the secret of their ambiguous genitalia, until at age 16, after having embraced the gender role of male or female, they undergo the surgery that will allow them to live that choice.

The journey for Jesse seems quite cut and dry, until she meets Ork. As an intersexed person who has not chosen the path of specified gender identity, Ork stands as a beacon of both choice and pain for Jesse.Choice, because Ork does not treat being intersexed as a malady to be despised or corrected. Fear, because of the specters of societal ignorance and intolerance that are an everyday part of Ork's life.

Though this book is a work of fiction, the plight of the intersexed that is so artfully brought to the forefront within its pages is quite real. There is a large group of the world-wide population living as members of the transgender, intersexed, community, who just want to live lives, love, and be accepted for their true selves.

This book speaks to those desires in an eloquent and powerful voice that deserves to be both heard and understood. 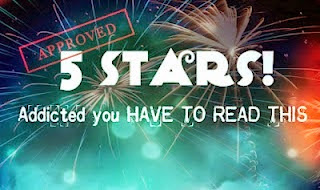 About This Author
Shanta Everington is the author of seven books. Her latest Young Adult novel XY is published in June 2014 by Red Telephone Books. She lives in London, UK.

Email ThisBlogThis!Share to TwitterShare to FacebookShare to Pinterest
Labels: 5 Stars, E, YA, YA Reads Blog Tours