Please join Lucinda Elliott on her Blog Tour for Ravensdale, from September 22-October 3. When the group of highwaymen headed by the disgraced Earl of Little Dean, Reynaud Ravensdale hold up the hoydenish Isabella Murray’s coach, she knocks one of them down and lectures them all on following Robin Hood’s example.
The rascally Reynaud Ravensdale – otherwise known as the dashing highwayman Mr Fox – is fascinated by her spirit.
He escaped abroad three years back following his supposedly shooting a friend dead after a quarrel. Rumour has it that his far more respectable cousin was involved. Now, having come back during his father’s last illness, the young Earl is seeking to clear his name.
Isabella’s ambitious parents are eager to marry her off to Reynaud Ravensdale’s cousin, the next in line to his title. The totally unromantic Isabella is even ready to elope with her outlaw admirer to escape this fate – on condition that he teaches her how to be a highwaywoman herself.
This hilarious spoof uses vivid characters and lively comedy to bring new life to a theme traditionally favoured by historical novelists – that of the wild young Earl, who, falsely accused of murder by the machinations of a conniving cousin and prejudged by his reputation, lives as an outlaw whilst seeking to clear his name.
‘Ravensdale’ is a fast paced, funny and romantic read from the writer of ‘That Scoundrel Émile Dubois’, following the adventures of his equally roguish cousin and set in 1792, just prior to the French Revolution, two years before ‘That Scoundrel Émile Dubois’.

Praise for Ravensdale
“This was a good book. Well written and funny. As far as historical romances go, this one is quite a page turner. She turned a historical romance into something fun and different with comedy added in.” – Brenny’s Book Obsession (Amazon.com)

“I liked how Elliot poked fun at the clichés of historical romances. The chapter titles made me laugh. They were these little parody’s which gave just enough lightness to the story without turning it into a joke.” – Lauryn April (Amazon.com)

“And despite all the satire there is still an enjoyable story taking place in this book. Elliot does a fine job of allowing the reader to not only laugh at some of the absurdities in this tale but also root for the players to find their happy ending. There is plenty of emotion and heart in this book as both Isabella and Reynaud are characters of admirable quality and depth. ..I applaud Elliot for making the poetic regency romances we hold dear to our heart into something fun and different. She never insults or tarnishes what we love about the genre but allows it to blossom with comedy making it something I particularly loved even more.” – JC @ All is Read (Amazon.com)

“This was a cleverly written story, similar to a tongue in cheek Jane Austen classic.” – Gidgeemamma (Amazon.com)

“Ravensdale achieves everything it sets out to do, playing with formulas and stereotypes of older romance novels with abandon.The writer manages to pay tribute to the genre while having fun at the same time. In one paragraph, the sturdy no-nonsense heroine muses on the cliches of the plot she finds herself in, capitalizing all the character types such as the Wild Young Buck, the Villain of the Piece, and the Sweet Young Maiden. You can see her eyes rolling as she teases. But then the novel transforms, as the stereotypes become real people under the clever typing fingers of Lucinda Elliot.” – Jo (Amazon.com)

“If you enjoy Georgette Heyer-style period romances, you’ll probably enjoy “Ravensdale”. However – and this is what is so clever about this novel – if you don’t, then there’s a good chance that you’ll enjoy “Ravensdale” anyway. It provides you with both characters that you can genuinely like and care about, an interesting story, and a parody that is at times hilarious.” – Mari Biella (Amazon.com)
“I didn’t want it to end. Ravensdale is a thoroughly enjoyable read.” – Anne Carlisle PhD (Amazon.com)

“I was so engrossed that I couldn’t stop reading and ended up with a terrible headache, but it was worth it. What an amazing bunch of characters! First of all, there’s Lord Reynaud Ravensdale, the Disgraced Outlaw and Earl: this is a character to really fall in love with. He’s intelligent, quick, wild, impetuous, an amazing shot, and absolutely bursting with honor. ..Isabella is an amazing kick ass woman, and a true, perfect match for the larger than life Ravensdale.” – Ral in the West (Amazon.com)

My Thoughts
At a time when most Regency romances are full of staid, self-important lords, and chaste, fortune hunting ladies; Ravensdale and the tongue in cheek humor that it provides, is a joy to read.
The story reads a lot like a play, with the chapters serving as act markers. 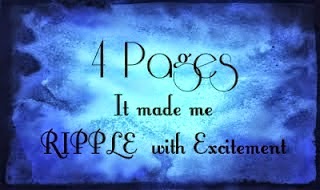 The characters are simple enough in action and deed to allow for the comedic happenstance of circumstance to shine through, but written with an intelligence that does not condescend to its intended audience.
Everything about this book is "laugh out loud" funny.  This is a book for those who love to laugh, and find literary treasures in unexpected places.

About the Author
Lucinda Elliot loves writing Gothic style stories, which isn’t surprising because she was brought up in a series of big old isolated houses which her parents were refurbishing (it wasn’t so fashionable back then). After that, she lived, studied and worked in London for many years and now lives in Mid Wales with her family.
She loves writing about strong women to complement gung ho males.
Her interests do include weight training and body shaping,and she was once a champion Sports fighter, but apart from that her interests are quite geeky. Reading classic novels, conservation, gardening, and even names and their meanings (bring on the carrot juice). She loves a laugh above anything.