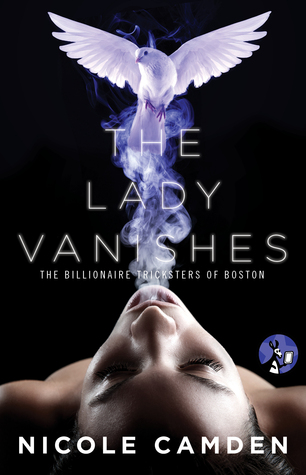 Billionaire tech genius and inventor Milton Shaw never had life easy. Losing his brother at an early age, his only escape was into the world of magic, studying Houdini and perfecting the art of sleight of hand. Too smart to fit in, and isolated from his peers, he vowed that one day he would be so powerful that no one could touch him.

Stern doctor Regina Burke hates nothing more than attention and trickery. In fact, she went into science to feel in control of her world. Yet when her work brings her into contact with the sexy tech superstar Milton Shaw, she finds her body warring with her idealism…and her desires shifting from unlocking the magician’s secrets to unlocking his heart.  -Goodreads


My Thoughts
Both Milton Shaw and the lovely Regina Burke are no strangers to life shattering pain.  His suffered at the death of his brother, William, after a courageous battle with childhood cancer.  Hers brought about by the shame, public scorn, and financial ruin of her family when her father, Carter Burke, was convicted of embezzling millions of dollars from unsuspecting investors in an elaborate Ponzi scheme.

While time may not have succeeded in completely healing the wounds of their respective pasts, it has given them the drive, fire and ingenuity needed to craft brilliant futures.  His as a magician,  philanthropist, and owner of a billion dollar software conglomerate.  Hers as a respected children's oncologist.

When Milton, or in this case, The Amazing Shaw, finds himself face to face with the snark and fire of the beautiful doctor; while performing for the young patients of Boston Children's Hospital.  It is quite clear from the start, that if given half the chance...these two can and will make spectacular magic of the sensual sort.

That is if he can manage to heal the good doctor's heart of the hurts she has suffered in her ever present past.

Authoress, Nicole Camden, takes readers on an emotionally sensual journey in this her first offering of the Billionaire Tricksters of Boston series.
With both Milton and his leading lady, Regina, struggling to make something good from their unfortunate pasts.  They succeed in grabbing reader hearts right away. When you add  their easy banter and mind-blowing chemistry into the mix...the result is nothing less than utterly readable.

Nicole Camden, whose real name is Deirdre Moss, is the author of THE FETISH BOX, THE FETISH QUEEN and THE LADY VANISHES (Billionaire Tricksters of Boston series). She lives in Houston with her husband, a ridiculous dachshund, and an insane Cavalier. When she’s not writing, she works as an instructional designer for a software company. She also writes romantic suspense as Deirdre Dore. Visit her website at www.nicolecamden.com or www.deirdredore.com for updates.

a Rafflecopter giveaway
Entrants in this giveaway must be at least 18 years of age, be a resident of the US or Canada,
and have a valid email address!