"Bull Mountian" Is A Family Drama Like No Other 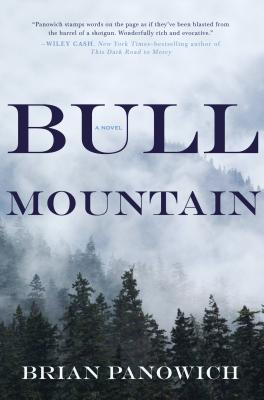 “Brian Panowich stamps words on the page as if they’ve been blasted from the barrel of a shotgun, and as with a shotgun blast, no one is safe from the scattered fragments of history that impale the people of Bull Mountain.”—Wiley Cash, New York Times-bestselling author of This Dark Road to MercyFrom a remarkable new voice in Southern fiction, a multigenerational saga of crime, family, and vengeance.

Clayton Burroughs comes from a long line of outlaws.  For generations, the Burroughs clan has made its home on Bull Mountain in North Georgia, running shine, pot, and meth over six state lines, virtually untouched by the rule of law. To distance himself from his family’s criminal empire, Clayton took the job of sheriff in a neighboring community to keep what peace he can.  But when a federal agent with the Bureau of Alcohol, Tobacco, and Firearms shows up at Clayton’s office with a plan to shut down the mountain, his hidden agenda will pit brother against brother, test loyalties, and could lead Clayton down a path to self-destruction.

In a sweeping narrative spanning decades and told from alternating points of view, the novel brilliantly evokes the atmosphere of the mountain and its inhabitants: forbidding, loyal, gritty, and ruthless. A story of family—the lengths men will go to protect it, honor it, or in some cases destroy it—Bull Mountain is an incredibly assured debut that heralds a major new talent in fiction.

My Thoughts
Bull Mountain is the story of three generations of the Burroughs family, and their legacy of betrayal, secrets, drugs, and murder.
All in the name of their ties to family land high atop Bull Mountain, Georgia.

Spanning the years 1949-2015, this decidedly male drama tells a story of brother versus brother that rivals that of Caine and Able.  Beginning with the brutal murder of Riley, at the hands of his brother Cooper, a man bent on gaining sole control over the family land, and with it the power to run the family moonshine enterprise.  Thus shaping the family's future as he, and later his sons, see fit. 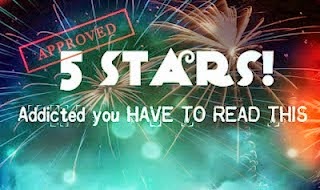 With murder as an opening volley, author, Brian Panowich, ups the dramatic ante even further.
As the next chapter, a considerable jump forward on the timeline, and a "light speed" generational progression lands readers in the year 2015; takes them from Bull Mountain to Waymore County, Georgia, and introduces them to family failure, Sheriff Clayton Burroughs,
The only family member not involved in the murder, intimidation, and mayhem of what has become a very lucrative drug operation.

With each chapter, readers are ushered further into the Burroughs' family. As such, a picture is painted of twisted family loyalties, pain, greed, and misdeeds; all tied, through time, crime, and blood...to Bull Mountain.

A very intriguing addition to this ragtag cast of outlaws comes in the form of ATF agent, Simon Holly.  He sticks out plot-wise, like a sore thumb, but the mind boggling truth of his story is well worth the suspense.  It is his part in the story that ushers in a dramatic climax that is not to be missed.

This is a stunning read.  All aspects of it are equally well executed.  What is truly astounding however, is the flawless continuity of characters, setting, and plot over such a vast period of time.  It is written with such emotional depth, descriptive flair, and raw realism that it will appeal to both male and female readers.
This book is a joy to read, and made to be read again.

Brian is the author of Bull Mountain, a southern crime saga coming 7/7/15 from Putnam Books. He has several stories available in print and online collections. Two of his stories, "If I Ever Get Off This Mountain" and "Coming Down The Mountain", were nominated for a Spinetingler award in 2013. He is currently a firefighter in East Georgia, living with his wife and four children. Bull Mountain is his first novel.