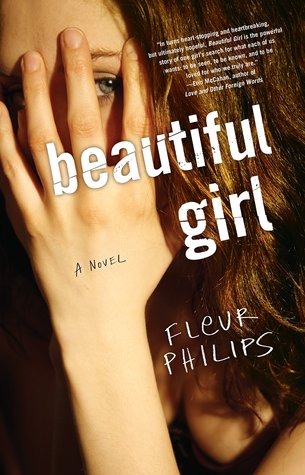 
Seventeen-year-old Melanie Kennicut is beautiful. Her entire life revolves around this beauty because her overly controlling mother has been dragging her to casting calls and auditions since she was four years old. According to Joanne Kennicut, Melanie was born to follow in her footsteps.

But Melanie never wanted this life. When a freak car accident leaves her with facial lacerations that will require plastic surgery, she can't help but wonder if this is the answer to her prayers. For the first time in her life, she has a chance to live like a normal teenager--at least for a little while--away from the photo shoots and movie sets that have dominated her entire existence.

But after Melanie allows her best friend to come to the house to see her, Joanne decides to hide her daughter in Montana for the remainder of the summer. There, Melanie won't be seen by anyone they know, and her face will heal in time for the scheduled surgery in late August. Joanne’s plan backfires, however, when Melanie meets Sam, a Native American boy hired by the home's owner to tend to the property. Sam is nothing like the Hollywood boys Melanie knows--he¹s poor, his father's a drunk who possesses a bizarre gift inherited from a Kootenai Shaman, and his only brother disappeared into the mountains after the death of their mother eight years before.

What transpires over a mere 36 hours after Sam and Melanie meet changes both of their lives in ways they never thought possible.

Fleur Philips is an award-winning author who holds an MFA in Creative Writing from Antioch University and a Bachelor of Arts in English from the University of Montana. Her first novel, I Am Lucky Bird, was selected as a General Fiction Finalist for the 2011 Book of the Year Award from ForeWord Reviews. Her current novel, Crumble, was named Young Adult Winner from the 2013 San Francisco Book Festival and was selected as a Young Adult Fiction Finalist by the 2013 International Book Awards. Additionally, Crumble is a Silver Medalist in the 2013 Moonbeam Children's Book Awards in the category of Young Adult, Mature Issues. Most recently, it was named a YA Fiction Finalist in the USA Best Book Awards from USA Book News. Fleur lives in Whitefish, Montana with her son. Connect with Fleur at fleurphilips.com.