Find All The Right Words In "Tempted By Mr. Write" 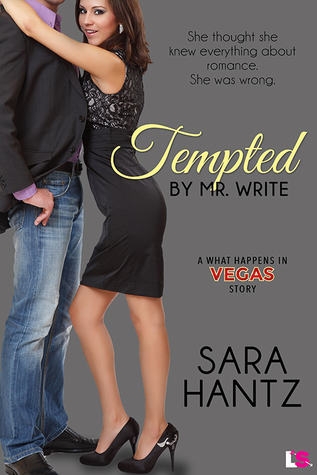 After losing out on a plum assignment, a romance book conference is the last place journalist Sheridan Farlow wants to be. Love is a myth—like flattering changing room mirrors—and she has the past relationships to prove it. Her editor wants a story? Fine. She’ll write an entire exposé...only it doesn't go quite according plan.

Bernard “Mac” Mackenzie is something of an anomaly in the romance-writing world—a man who writes romance and believes in it. And until he met Sheridan, Mac’s never felt anything close to the love he writes about. He needs more of her. In his arms, and in his bed.

Their attraction is explosive; even as Sheridan’s cynical side battles her growing feelings for Mac. But can she handle writing a biting exposé with an exposed heart on the line?  -Goodreads

My Thoughts
But...it all happened so fast!"
Accompanied by the exclamation of a bewildered, "Huh?"
A check of my kindle and a rather confused stare-down with the clock on my computer,to convince myself that I had indeed read the entire novella in less than 30 minuets.
Coupled with a memory check to confirm that:

A. Leading lady, Sheridan and leading man, Mac had met, exchanged pleasantries, had dinner, had sex, had a crisis of sorts, resolved said crisis, fallen in love, and gone traipsing off into the sunset.
B. Everything happened in Vegas.
C. There was absolutely no drunk marriage, texting, sexing, dialing, sexting,or any other shenanigans of any sort to explain, or justify any of it.
D. There just needed to be more. 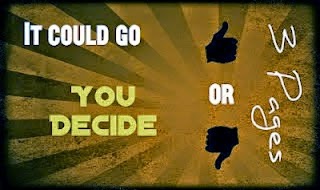 This is the type of story that sends reviewers everywhere into fits, making us want to throw ourselves out of the nearest collective window.
There is so much here to love; it's just not enough to justify falling in love, or even lust yet.
The premise of "ambitious news hound meets sexy male romance novelist" is more than enough to pique reader interest, and serve as the perfect road to "happily..."
What said premise is not however, is a license to race down said road at lightening speed. Leaving all the sights, sounds, and creativity that audiences crave, as little more than impressionistic nuance in the rear view.

The story that we have here would be great as-is if the sex had been HOTTER!
This story is one that needs to simmer and build in character and sweetness over pages filled with heart-stopping romance, and a once in a lifetime merging of souls.
These are things that just don't have the time to happen over the course of a few stolen moments in Vegas.

I was born in Northampton, England, the eldest of 4 children (I have 3 younger brothers), and I took my eldest child responsibilities very seriously. When I said jump, they asked how high. They’re all a lot taller than me now, so I’ve had to change tactics for getting my own way.

School and I weren’t a match made in heaven. I was bored a lot of the time, and it seemed much more fun to dream up ways of disrupting lessons than to actually pay attention. Which could explain why I was always in trouble! But I redeemed myself later, when at twenty-one I went back to full-time study. Except, I got carried away and became a bit of a qualification tart. I even worked in education for a number of years – lecturing.
But all the time I was never content. I knew there was something missing, just didn’t know what.

Until I discovered writing.
I wasn’t one of those people who wrote from being a small child. I did read though. I’ve always been an avid reader. And it took me a few years of thinking about writing before I actually started. But now, I wouldn’t do anything else, and I never get bored!

I moved to New Zealand (a beautiful country) from the UK twelve years ago, with my husband and two children. After working at a university for three years I left to work in our motel and devote more time to my writing. I wish I’d done it sooner! Two years ago we moved to the Sunshine Coast in Australia. Another perfect place to write.

In my spare time I love going to the movies, watching TV, walking on the beach, and playing with our gorgeous Labrador.