When The Heart And Body Want the Same Thing...There Is Just No "Dodging Temptation " 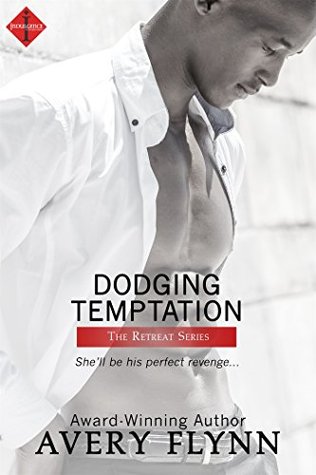 Love takes aim and fires...
On the cusp of closing a multi-billion dollar deal, Dodge Loving can't afford for anything go wrong at his ultra-exclusive luxury resort, where privacy isn't just promised it's guaranteed. So when he finds paparazzi hiding in the bushes, he'll do anything to get rid of them-even if it means firing their target: the sexy, stuck up bookworm his mom hired.
Harper Conner just wants to be left alone to catalog the resort's rare cowboy diaries. But after slapping her cheating senator ex-husband during a televised press conference-she's a hot commodity for the tabloids.
Alone for the first time, without the protection of her political dynasty of a family, she can't afford to get fired-especially by the Type-A jerk who runs the place. And she definitely should never have kissed him. Now Harper has two choices: get outta Dodge...or fall in love with him.  - Goodreads

My Thoughts
Dodging Temptation offers  romance lovers quite the surprise, in more ways than one.
The first and most obvious of which being the decidedly chocolate flavor of oh so delicious leading man, Dodge Loving.
Wait...wait...
Things get even better.
You see, Dodge and his family own a 5-star resort in Wyoming.
That's right!
Right in the middle of cowboy country.
Which makes Dodge....
You guessed it!
A real, live, Afro-American, cowboy CEO!
Well...if that doesn't just put the yee in your haw.

Dodge is a man who will settle for nothing less than the best.  That "go for the gold" attitude shines nowhere brighter than in his hands on management of the family business.
Much to the chagrin of his mother however, Dodge's pursuit of "the best at any cost" has left little to no room for love or romance in her son's business driven life.

The reason that we are even daring to delve into the pool of 'mother wishes' is because...
What we have here is as much about Dodge's family as it is about his love life.  As such, his mother, in particular, has a habit of popping up in some very surprising places during the course of this read.

And then there was Harper... 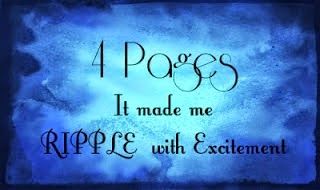 Poor Harper, or at least that is what the major part of reader introduction to this victim of bed-hopping scandal, would have one to believe.  As things progress within the story however, Harper, as a person, and the effect that she has on Dodge, clearly overshadow her "scandal".

There is a lot of "hot and cold" going on between these two that tends to get on one's last nerve after a while.  Not in a bad way, but in a "I really want to see you two together...so why don't you just get over yourselves before I'm eligible for Social Security" fashion.

The  only real detraction in the story comes in the form of  Dodge's reasoning for his drive to be "the best".  His grandfather's refusal to accept the marriage between his father and mother.  This a big 'raison d'etre' that needs to be addressed in far more detail than the cursory explanation that readers get here.

All in all, this is a wonderfully done, delightful, escape from the  the everyday romance.
The Loving brothers can ride off into the sunset with my heart anytime.
This reviewer is chomping at the bit for more from The Retreat series.

Avery Flynn has three slightly-wild children, loves a hockey-addicted husband and is desperately hoping someone invents the coffee IV drip.
She fell in love with romance while reading Johanna Lindsey’s Mallory books. It wasn’t long before Avery had read through all the romance offerings at her local library. Needing a romance fix, she turned to Harlequin’s four books a month home delivery service to ease the withdrawal symptoms. That worked for a short time, but it wasn’t long before the local book stores’ staffs knew her by name.
Avery was a reader before she was a writer and hopes to always be both. She loves to write about smartass alpha heroes who are as good with a quip as they are with their *ahem* other God-given talents. Her heroines are feisty, fierce and fantastic. Brainy and brave, these ladies know how to stand on their own two feet and knock the bad guys off theirs.
Find out more about Avery on her website, follow her on Twitter and Pinterest, like her on her Facebook page or friend her on her Facebook profile. She’s also on Goodreads and BookLikes.
Join her street team, The Flynnbots, and receive special sneak peeks, prizes and early access to her latest releases!
Also, if you figure out how to send Oreos through the Internet, she’ll be your best friend for life.