"Forbidden In February" Offers Quite The Romantic Temptation 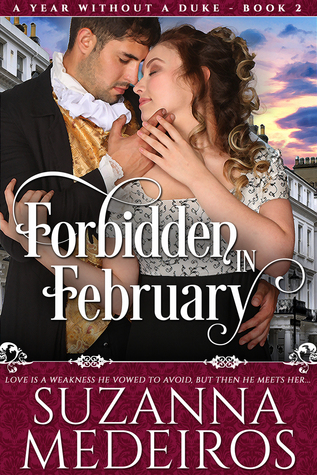 Robert Milton’s future as the valet to the Duke of Beckworth is uncertain. His employer has died, leaving no heir in sight. When Robert’s mother also dies, he discovers that her companion has taken over her household.

Isabel Durham’s dream of gaining her independence is almost a reality, but her cousin is determined to see her married to a wealthy but much-older man. Robert’s arrival in London is the answer to her prayers. Neither can deny the very real attraction sizzling between them and if he ruins her, she’ll be free of the unwanted marriage.

But Robert’s very existence has proven to him that romantic entanglements are to be avoided at all costs. His desire for Isabel could cost him the one thing he’s vowed never to lose—his heart.

A YEAR WITHOUT A DUKE

The duke has died. Long live the duke! The only problem is no one knows who the new Duke of Beckworth is. All of England wonders, but no one more so than the people who depend upon Beckworth for their livelihood. In 1816, a year so cold that the word “summer” is a cruel joke, that livelihood is even more uncertain. However, they are all about to find out, with the duke away, there is nothing more warming than scandal and love…

A YEAR WITHOUT A DUKE...
Book 1: JILTED IN JANUARY by Kate Pearce;
Book 2: FORBIDDEN IN FEBRUARY by Suzanna Medeiros;
Book 3: SEDUCED IN SEPTEMBER by Genevieve Turner;
Book 4: AN AFFAIR IN AUTUMN by Jennifer Haymore;

Book 5: A DUKE BY DECEMBER by Sabrina Darby.

My Thoughts
Robert Milton is a man haunted by the choices of others.
Estranged from his mother, and sure that a letter from her claiming that she is dying is a fake.  Upon his return home, Robert is surprised to find that not only has his mother died.  She has left the beautiful Isabel Durham behind to greet her son.

This is the wonderfully realized tale of a man whose uncertain future puts him face to face with both the ghosts of his past, and the possibilities of his future. 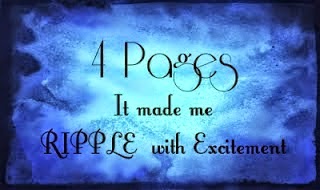 Robert is a delightfully skeptical creature.  Unable believe that the young woman does not have self serving motives.
It is not until he finds out about her social climbing cousin's plan to marry her off to an older man, that he will have anything to do with her.

This is a very well written story.  The relationship between Robert and Isabel develops slowly.  The passion between the two reads as very authentic. The only thing stand between this story and 5 stars, is a rushed ending that throws the relationship quite close to insta-love territory.

Reviewer's Note:  This is the second offering in a 5-book series. This is a companion series that may be read as a collection, or as standalone works.

Suzanna Medeiros was born and raised in Toronto, Canada. Her love for the written word led her to pursue a degree in English Literature from the University of Toronto. She went on to earn a Bachelor of Education degree, but graduated at a time when no teaching jobs were available. After working at a number of interesting places, including a federal inquiry, a youth probation office, and the Office of the Fire Marshal of Ontario, she decided to pursue her first love - writing.

Suzanna is married to her own hero and is the proud mother of twin daughters. She is an avowed romantic who enjoys spending her days writing love stories.

She would like to thank her parents for showing her that "love at first" sight and "happily ever after" really do exist.