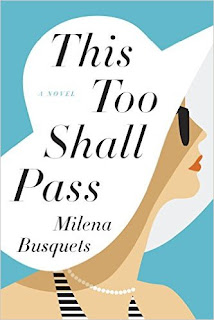 Blanca is forty years old and motherless. Shaken by the unexpected death of the most important person in her life, she suddenly realizes that she has no idea what her future will look like.

To ease her dizzying grief and confusion, Blanca turns to her dearest friends, her closest family, and a change of scenery. Leaving Barcelona behind, she returns to Cadaqués on the coast, accompanied by her two sons, two ex-husbands, and two best friends, and makes a plan to meet her married lover for a few stolen moments as well. Surrounded by those she loves most, she spends the summer in an impossibly beautiful place, finding ways to reconnect and understand what it means to truly, happily live on her own terms, just as her mother would have wanted.

A fresh, honest, and ruefully funny story about love, sex, marriage, grief, friendship and parenthood, THIS TOO SHALL PASS is an irresistible novel that is fast becoming an international phenomenon.

"A seductive voice, one that wants to take a strong bite of life." --Silvia Marimon, ARA (Spain)*


My Thoughts
Blanca is a woman set adrift in every way possible after the death of her mother.  In an effort to cope with this drastic change in her life, her family, friends, two ex-husbands, and even her married lover join  her as she returns to a place of happiness and safety.  Her childhood home, Cadaques.  Once there, Blanca slowly comes to terms with the tragedy of her present, and the promise of her drastically changed  future.

In this short and seemingly unassuming novel,  Blanca just seems like any woman picking up the pieces after a tragedy, and one is sorely tempted to lump this tale in with the mountains of loss based Literary Fiction out there.

That is until she sleeps with one of her two ex-husbands right after the funeral.
Dysfunction anyone?
It is not what this book says however, that makes its story so engrossing.  It is what this book causes the reader to say about themselves, and the way that they would have, or may yet handle a similar situation.

For Blanca, attempting to lose herself in men, places, and circumstance seems to be the answer.
Until she realizes that because she carries her mother within her heart, the specter of her discomfiture is also ever present.   In even the smallest moments, those most insignificant tasks, and the most random places.
It then becomes Blanca's choice to carry her mother's memory as a living shrine to guilt and loss.  Or a wellspring of love, inspiration, and hope.

The biggest contributing factor to both Blanca's likability and the overall readability of the story, is Blanca's ongoing conversations her mother. Which are inspired by her many interactions on Cadaques.  Written in second person, and filled with memories of moments from her mother's life. Blanca's thoughts draw the reader into the conversation.  Making one feel as though Blanca's heartfelt musings are indeed rare glimpses into her soul, meant only to be shared between reader and heroine.

Further endearing readers to the tale told within its pages is the book's universally sage message.
Blanca's view of the world through grief stained glasses, allows readers to see that the route to recovery from trauma is not always as easy as the straight line from A to B.  Sometimes and for some people, the road must first meander through the hills and dells of  loneliness, before coming to rest in valley of the unmoored, and finally diverging onto the sunlit paths of acceptance, remembrance, and unconditional love. 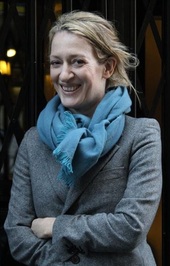 Milena Busquets was born in Barcelona in 1972. She attended the Lycée Français de Barcelone and obtained a degree in Archaeology from the Institute of Archaeology in University College London. She worked for many years at Editorial Lumen, the publishing house that her family had set up in the early 1960s and that was sold to Random House forty years later. She later founded her own publishing house, wrote a first novel, worked for a gossip magazine and in PR for a fashion brand and currently works as a journalist and as a translator.
(from http://www.pontas-agency.com/milena-b...)