Can You Solve The Puzzle That Is "Denial"? 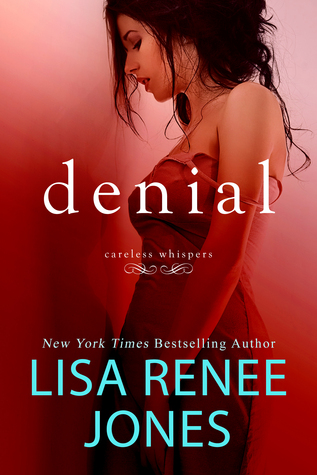 
Book one in the CARELESS WHISPERS series. This is a standalone spin-off of the INSIDE OUT series (soon to be a TV show) that follows Ella Ferguson, Sara McMillan's best friend.

Ella Ferguson awakes alone in Italy, unsure of who she is, and a gorgeous man has claimed her as his own. He’s tall, dark, and sexy, with money and power, the kind of man who makes a girl want to be possessed. And he does possess her, whispering wicked wonderful promises to her, stealing her trust and her heart. Soon though, the past finds her, yanking her from a cocoon of passion and safety. Everything is not how it seems. The truth will shatter her world, but it can set her free, if it doesn't destroy her first. -Good reads

My Thoughts
Denial, the first offering in the Careless Whispers series, by Lisa Renee Jones; finds readers right back in the plot line that Ms. Jones seems to do best.
The woman running from a dangerous past. Right into the arms of a stranger that she shouldn't trust, and all the uncertainty, kink, mayhem, and possible murder that a girl could ever want.
This time around, there are far more questions, too few answers, and a heroine who knows absolutely nothing.
Well...nothing except that her name is Ella, she is an American, she woke up in a hospital in Italy, and her savior is a man by the name of Kayden Wilkins. Who has money, power, piercing eyes, a most delectable ass, and secrets... lots of secrets. 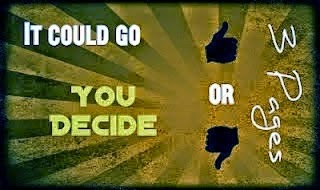 If you are a point A leads to point B plot lover. This is not the read for you. Because the leading lady has to spend the entire book discovering things about both herself and the man with whom she is now inextricably linked. The plot is one that dips, swirls, and often doubles back on itself; as pieces of its ever expanding puzzle slide into place.
Since the lady of the hour can't seem to get a grip on the slippery wicket that is her past. The vast majority of this book revolves around Kayden, his life on the periphery of the crime world, and his failed attempts to resist his overwhelming attraction to Ella.
In addition to all of the confusion, vacillation, and sexual escapades. There are also a whole host of friends, helpers, and possible traitors, surrounding both Ella and her protector at all times.
The most infuriating of which being Detective Gallo, a man bent on seeing Kayden brought down at any cost, as payback for an old slight that he has yet to let go.
This is a well written book. However, the circular plot and unclear overall direction of the book as a whole, leads one to believe this book to be staging for the second of its series. While said ambiguity does add an air of mystery to the goings on between this story's pages. It does not, in any way contribute to its readability.

New York Times and USA Today Bestselling author Lisa Renee Jones is the author of the highly acclaimed INSIDE OUT SERIES, and is now in development by Suzanne Todd (Alice in Wonderland) for cable TV. In addition, her Tall, Dark and Deadly series and The Secret Life of Amy Bensen series, both spent several months on a combination of the NY Times and USA Today lists.


Watch the video on casting for the INSIDE TV Show:
http://youtu.be/pj4NZLpeWQs


Since beginning her publishing career in 2007, Lisa has published more than 40 books translated around the world. Booklist says that Jones suspense truly sizzles with an energy similar to FBI tales with a paranormal twist by Julie Garwood or Suzanne Brockmann.

Prior to publishing, Lisa owned multi-state staffing agency that was recognized many times by The Austin Business Journal and also praised by Dallas Women Magazine. In 1998 LRJ was listed as the #7 growing women owned business in Entrepreneur Magazine.

Lisa loves to hear from her readers. You can reach her atwww.lisareneejones.com and she is active on twitter and facebook daily.