Secrets, Sin, And Seduction Never Tasted Sweeter Than When Paired With Revenge In "Sugar Rush" 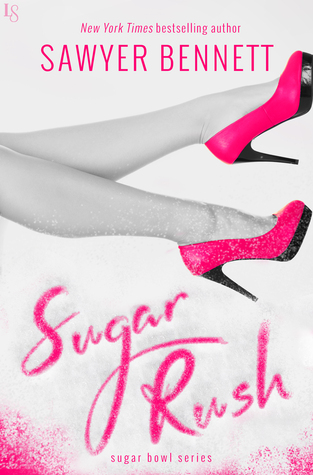 In the steamy and suspenseful sequel to Sugar Daddy (“A totally gripping take on romance and revenge!”—Lauren Blakely), a heartbreaking rift threatens to unravel a dangerous alliance . . . and a fragile new love.After posing as an escort for the Sugar Bowl online dating service, Sela Halstead is looking for one thing: payback. She's closing in on the site's heartless founder, Jonathon Townsend, and she needs Beckett North, Townsend's business partner and her lover, by her side. She'd thought that their intimate nights together had forged an unbreakable bond, but after a shocking betrayal, Sela begins to doubt the brilliant bad boy. When push comes to shove, can she trust Beck to do the right thing?Now that he understands the truth, Beck will stop at nothing to secure the reckoning Sela deserves. But between his desire for her and his disgust for JT, Beck doesn't exactly have a lot of control over his emotional state. Left with no other choice, he must summon all his discipline to maintain JT's trust and pretend that they're still friends. But how far will Beck go to prove his loyalty to Sela? He nearly lost her once. To keep her, Beck might have to kill for her.Note: Sugar Rush ends on a cliffhanger. Sela and Beck's story concludes in Sugar Free!

My Thoughts
The day that Sela Halstead decided to go 'all in' in her quest to make Jonathan Townsend pay for his part in her brutal rape, some ten years before.  She had no idea that her gamble on revenge would pay off as big as it has.

With her goal of retribution a mere hair's breath away from realization.  She has also managed to find the love of her life in her enemy's best friend and business partner, Beckett North.
But, as we all know.  "Lady Luck can be a fickle mistress."  And Sela has yet to play the highest card in her deck.
The truth.

Resuming just where Sugar Daddy ends.  Sugar Rush finds Sela trapped in Beck's home office, and defenseless in the face of his wrath at her seeming betrayal.
Beck is so incensed in fact, that Sela's gut wrenching revelation about JT and her rape, not only appears to fall on deaf ears, but leads him to throw her out of their condo.
A decision that Beck comes to immediately regret.  A decision that he  becomes determined to rectify at all costs.

Armed with the knowledge of JT's nefarious past, and able to rewin the trust of the lady he loves.  Beck sets out to find enough information about the dirty dealings in JT's life to get him out as a partner in the Sugar Bowl, and away from Sela forever.

This is the part of the series where things get really interesting.  Everyone in the story being in the position to win or lose at the drop of a hat.
None more so than JT.
Whispers of long held secrets provide nail biting plot twists, and make for a truly addictive reading experience.  As more and more of JT's secret life is exposed, and a plan takes shape that, if done right, will put an end to his reign of destruction for good.
Or will it?

So full of sex, secrets, sin, and story that you have no choice but to hold on tight and enjoy the SUGAR RUSH!

Reviewer's Note:  Sugar Rush is the second book in the Sugar Bowl series. Became this is part of a closely related continuation. The series must be read in its intended order
*I was provided with a review copy of the above referenced work in exchange for the honest review provided.

Since the release of her debut contemporary romance novel, Off Sides, in January 2013, Sawyer Bennett has released more than 30 books and has been featured on both the USA Today and New York Times bestseller lists on multiple occasions.

Sawyer likes her Bloody Mary’s strong, her martinis dirty, and her heroes a combination of the two. When not bringing fictional romance to life, Sawyer is a chauffeur, stylist, chef, maid, and personal assistant to a very active toddler, as well as full-time servant to two adorably naughty dogs. She believes in the good of others, and that a bad day can be cured with a great work-out, cake, or a combination of the two.