Feel The Fire Of Nacho Figueras' "Wild One" 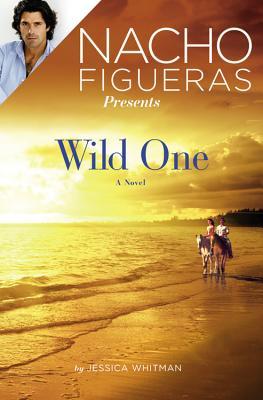 Kat Parker thought she'd finally escaped being known as the housekeeper's daughter in the class-obsessed polo town of Wellington, FL. With her first blockbuster screenplay, she'd become the Hollywood It girl-until with one flop suddenly she wasn't. Heading home is her only option.

Kat knows she can write another hit...if only she can find the right story. What she finds instead is the drop-dead gorgeous celebrity athlete Sebastian Del Campo, who's just as well known for his tabloid exploits as he is for his prowess on the polo field.

For Sebastian, everything in life has always come easily-wealth, sports, women. But the perennial party life is starting to feel a bit stale. Especially after meeting Kat. Her easy laughter and candid attitude make him aspire to something more meaningful for the first time in his life.

As Sebastian tells Kat stories of his grandmother Victoria, a woman who could be dripping in diamonds one moment and tearing up the polo field the next, Kat's inspiration fires and soon the pair are back in Hollywood, working on a film together that could make or break both of their careers. And though the chemistry between the two is building, the film's irresistible star has other ideas...

My Thoughts
Nacho Figueras introduces his readers to a world of polo, ponies, power plays, and film production; in this, the second offering of  The Polo Season series.
But based on the free spirits which seem to guide both leading lady, Cat Parker and leading man, Sebastian Del Campo, toward trouble at every turn.  It is hard to know to which Wild One, the book's title is alluding at any given time.

When a pride sore Kat is called home to Wellington, Florida, after her father suffers a stroke.  The last thing that the once A-List director thinks that she'll find is love.
But as readers learned in the first volume of this saga of fate and fortune.  In the cases of ponies and passion, what you get is often the farthermost thing from what is expected.

Sebastian Del Campo is a man who comes by things naturally.  Charm, looks, athleticism, money, and most of all...woman.
The one thing he can't seem to come by however, is the trust and respect of his family.  Considered a slacking playboy by all who know him.  Sebastian is a man determined to turn over a new leaf.  After one last ill fated drink.

When his last night of excess finds him on the losing end of a brawl that he didn't start, and unable to play polo while his broken wrist mends. Sebastian Del Campo has no idea that a mission of mercy, as his mother's delivery boy, will put him on a collision course with a soul whose fire burns just as brightly as his own.

Wild One is a story about people who choose to live and love in ways that defy convention.  For Kat, that means refusing to be cowed by one failure in her career, and daring to give her heart to a man who is able to share every part of himself but that.
For Sebastian, it means striving to be more than who and what people expect.  Exploring alternate options for his life and his heart. Choosing to love the one woman that his mind and body won't let him be without.

The story of Kat and Sebastian is one of two beautifully broken halves coming together to create an unstoppable creative force that takes both the world, and Kat and Seb themselves by storm.
And the woman who inspires it all...Victoria Del Campo.

Wild One is also the story that has the least to do with the Del Campo family in terms of their sport.  Instead focusing on those members of the family who, for better or worse, give the family its life, energy and flair.  Sebastian and Victoria...and Kat, the one woman strong enough to bring his heart and her legacy to life.

Readers will thrill in seeing the give and take in all aspects of Kat and Seb's relationship.  Just as hearts will surely crumble, when mistrust, insecurities, and egos are allowed to get in the way.
Both Sebastian and Kat are people trying hard to both understand their place in the world, and be understood.
Who know that the discovery of Sebastian's grandmother's diaries would be their key to accomplishing both.
But the couples' quest to bring the great lady's story to the silver screen could spell the end of their "happily ever after" before it begins.
As well as dashing any hopes that Kat has of box office redemption.
Unless these two are able to think their way out of the devious boxes of others without extinguishing the spark that make each able to see the other for who and what they are now...and are destined to become together.

This is the kind of read that make one believe that there is a round hole for every square peg.

*Reviewer's Note:  This is the first novel in a loosely related companion series that may be read in any order.
**This review contains only the honest opinions of the reviewer, and is based on the review copy provided.