Take The Long Way Home Again...In More Ways Than One With "Liberty Street" 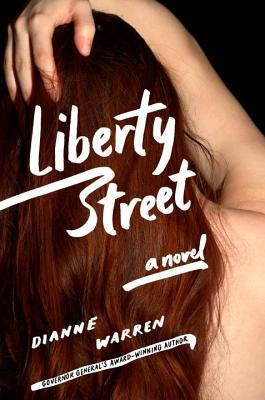 A deeply affecting novel about the truths we avoid and the bad choices that come back to haunt us.

While gridlocked in the churchyard of a small Irish town, the traffic frozen in place for the funeral of a young mother and her infant, an unbidden thought comes to Frances Moon. “I lost a baby when I was nineteen.” She is surprised by how easily the long-suppressed memory slips into her consciousness, and by her own voice as she speaks the thought aloud to Ian, her partner of twenty years.
The next morning, Ian is gone.
Numbed by this abandonment, Frances sets out for the small town in western Canada where she grew up—and where she began to make so many poor choices. The novel flashes back to Frances as a curious, imaginative, and well-loved little girl who begins to lose herself once forced from her family’s idyllic farm and into school. As she withdraws inward, only two people offer comfort: Dooley Sullivan, an older boy, a prankster who is always in trouble, and Silas Chance, a decorated veteran of World War Two, an Indian who works at the local lumberyard, and the Moon family’s new tenant. Silas dies violently, the victim of a hit-and-run. And at the site there is evidence the driver stopped but did not help. In such a small town with the usual racial prejudices, the case is never solved. But years later, on the evening of her marriage, Frances knows who the driver was. And possibly, so does Dooley.
There are no huge miracles in Liberty Street, only small gestures from characters alive on the page with grace and humor. Warren is a born storyteller, a magus who creates flawed but enduring characters who seek a way to redeem their lives. Written with compassion and wry humor, this is a novel to cheer for. -Goodreads

My Thoughts
Dianne Warren's Liberty Street is a book that starts off well enough.  Introducing readers to a middle aged Francis Moon, and her partener Ian.  The two are on holiday in Ireland; when an unexpected traffic jam, a very tragic funeral, and a long kept secret cause the them to part ways.  Eventually driving Francis away from the life that she has so meticulously crafted for herself.  Back to the small town of Elliot, in Saskatchewan Province, and back to her past.

The best way to describe reading Liberty Street would be, that it is like walking six miles and around the corner, just to cross the street.  The view might be interesting, and you might learn a few things along the way.  But you're also tired, sore, and wondering why the hell you didnt just cross the damn street, in the first place. By the time that you get where ever it is that you actually end up...that is.
Granted, most readers want to know the circumstances that went into making the fiftysomething Francis live life the way that she does. But there is absolutely no reason why we have to relive her life from the time that she is barely five years old, to do so.

This is not to say that said life experience, and the players there in, are not both worthy of a perusal.  They are.  The small town quirk, decisions, actions, and ways of thinking (particularly in relation to Francis) will make you run the emotional gambit; in very unexpected ways.

It is in fact often these characters, (many of whom finding their way into Francis' life as tenants of her family's Liberty Street rental property) and the reader's relationship to them, that succeeds in keeping reader attention.  A very welcome diversion; when the repeated self absorption and learned mediocrity exhibited by Francis reaches asinine levels.

It is however, quite a shame that the stellar character craft that goes into breathing life into characters like the ill fated, but strangely enticing Dooley Sullivan.  (So great a presence in the life of our anti-heroine, that he is even granted his own POV for a short while.)  Is never a boon granted to the more recent, and in some cases, more relevant Ian.

Which leads one to the story element, or lack there of, that serves as the proverbial 'final nail in its plot coffin'.  That of resolution.  There really isn't one.  Not in the epiphany laden sense that one would expect from someone who has supposedly discovered that, you can indeed 'go home again'.

Reviewer's Note:  This review was given in exchange for a review copy of the work, obtained through Penguin First To Read.  The opinions expressed herein are solely those of the reviewer, and have in no way been influenced by the publisher or their agents.

Dianne Warren grew up in Saskatchewan and attended the University of Regina where, although she did some coursework with writers such as Joan Givner and Ken Mitchell, she graduated in 1976 with a BFA in Visual Arts. She then spent three years in rural northeastern Saskatchewan and in 1979 returned to Regina, where she lives with her husband, visual artist Bruce Anderson, and their two sons.
Find Her:  Goodreads / Web