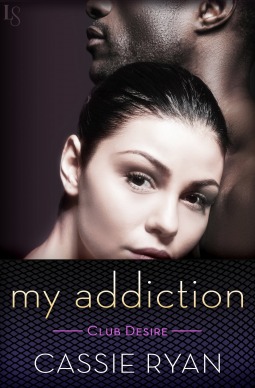 Undercover FBI agent Dex Alexander fits right into his assignment to expose terrorist links to one of L.A.’s most popular clubs. The case has reawakened a desire to find the perfect companion, and he knows that beautiful, vulnerable Kate is a woman he could love. But when her father’s corruption unwittingly makes Kate the target of a bigger enemy, Dex brings her to his Phoenix home—and his dungeon, Club Desire. Here she shows him just how eager she is to give him everything . . . and more.  -Goodreads

Nor are the two aware of just how far down the proverbial 'rabbit hole' of nefarious terrorist activities 'The Dungeon', its patrons, and by extension Kate, actually are.
A question that Dex must answer quickly.  Before it is too late for both Kate and the country.

Getting things off to a very fiery and dare I say, 'kickass' start.
Leading lady Kate, proves that though she may be a submissive, she is nobody's doormat.  As she more than holds her own against one of The Dungeon's pampered princes.
A strength that she exhibits time and time again.  Both in and out of sex play.
Epitomising the independent woman.  Kate is sexy, fun, smart, and unafraid to live life on her own terms.  Making her the perfect partner for leading men, Dex.

With Dex, comes the whole 'cloak and dagger' aspect of the read.  In addition to the kink, and eventual romance.
Though the investigative portions and Dex's relationship with his professional team rate off the scale.  There are times where his cover story and many of his explanations for things seem a tad thin.
More than making up for this however, is every interaction that he has with Kate.
The chemistry between these two is such that that make you want to see them together in any capacity.  Most of all though, in that of D/s.

While it goes without saying that this is an extremely engrossing read.  There are a few weak spots which keep it just south of 5 stars.
The afore mentioned thinness of Dex's cover story being one.
Holding positions 2 and 3 on the list are.

The rough transition that both characters make from the Los Angeles portion of the storyline to the Phoenix portion.

The very rushed pace of the story's end.  A fuax pas which is somewhat saved however, by the open blatant open-endedness with which audiences are left.

Ohhh...the promise of book 3!
Here's also hoping that we are somehow treated to an update on Dex and Kate. 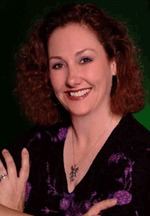 Cassie lives in Phoenix, Arizona and besides being a write-a-holic, is a frequent speaker on several writing and motivational topics.