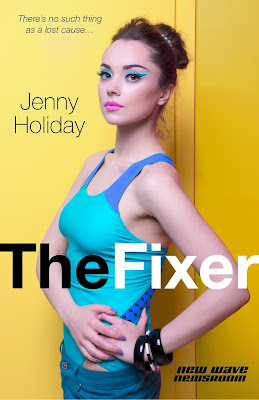 Jenny Fields is a crusader. The editor of her college newspaper, she never met a cause she couldn’t get behind. So when the administration announces it’s tearing down the historic art building, she’s on the case All she needs to do is get Matthew Townsend, the art department’s boy wonder, on board. They say he his talent is unbounded. It turns out so is his ego.

Matthew Townsend cares about art. And that’s pretty much it. If he has a reputation for being moody and aloof, that suits him just fine. He doesn’t have a family worth speaking of, and as a scholarship student, he can’t afford to goof off like the preppy rich kids at his school. He certainly doesn’t care about the art building. Or about the relentlessly perky Jenny, who looks like she was barfed up by Rainbow Brite. What will it take to the preternaturally cheerful girl with the massive savior complex to leave him alone?
Available at: Amazon | Barnes & Noble | Kobo | iBooks

My Thoughts
Welcome back to the 80's!  The time when the sweater dress and sparkly leg warmers were in season even when it wasn't cold, MTV actually played music, and everybody still wondered if 867-5309 was an actual phone number.
The is also the domain of Rainbow Brite.  The cartoon and her namesake, Jenny Fields.  Jenny is a young woman always on the move.  If she is not set the type to rights as editor of her college newspaper, she is setting the world to rights as a crusader for justice.

This time our lady 'fixer' has her sights set on saving the historic art building on campus.  Knowing that she needs help, she enlists a rather reluctant Matthew Townsend.  Loner and art department wunderkind.
The more that she gets to know him however, Jenny comes to see that there is so much more to Matthew than his art and his ego.
Leading our newsy to believe that Matthew might just have a story that her heart has been waiting to hear.

Jenny Holiday works her story telling magic once again.  As she transports readers to back to the excitement and innocence of a bygone era.  Though this book is only 150 pages, there is no shortage of story, character development, and awesome interaction.  This first book in her New Wave Newsroom series, standing not as an exception to her brilliance.  But as yet another stellar example of her limitless creativity!

Reviewer's Notes:  This is the first book in a companion series.  As such, it may be enjoyed as a standalone, or in any reading order.
The review provided was in no way influenced by the publisher or those acting its promotion. 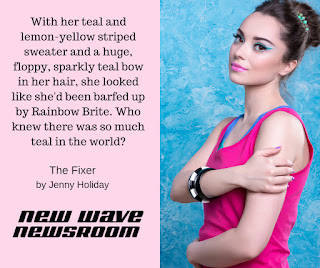 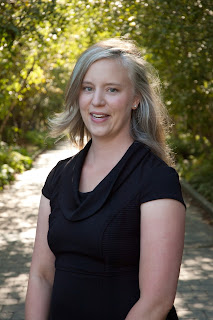 Jenny Holiday started writing at age nine when her awesome fourth grade teacher gave her a notebook and told her to start writing some stories. That first batch featured mass murderers on the loose, alien invasions, and hauntings. (Looking back, she’s amazed no one sent her to a kid-shrink.) She’s been writing ever since. After a brief detour to get a PhD in geography, she worked as a professional writer, producing everything from speeches to magazine articles. More recently, her tastes having evolved from alien invasions to happily-ever-afters, she tried her hand at romance. A lifelong city-lover, she lives in Toronto, Canada, with her family. She is represented by Courtney Miller-Callihan of Greenburger Associates