Readers Will Always Win When They Begin "Bidding On The Billionaire" 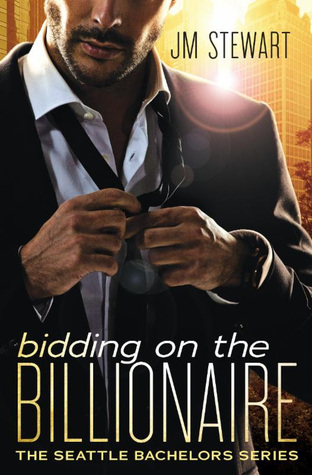 Those are just a few advantages of Internet “dating.” Even better, as far as Hannah Miller is concerned, is the fact that she can shed all inhibitions without worrying about what he thinks of her figure or her face. “He” is bikerboy357, the man who knows what Hannah likes, and wants her—every night—as much as she wants him. When he asks to meet, Hannah hesitates. But the temptation is too strong. And after one look into his sultry green eyes, there’s no turning back.

Cade MacKenzie’s never met a woman who’s wasn’t blinded by his billion-dollar net worth, but “H” knows neither his face nor his name. Her words are so smart, sweet, and scorchingly sexy that Cade’s willing to gamble she’ll be just as amazing in person. And she is. But even as every delicious encounter makes Cade want Hannah more, what he wants most is her trust.

It’s something all his money can’t buy. And now, Cade will do anything to earn it.

Caden McKenzie the "golden boy" billionaire lawyer, should have the world by the tail.
And he did...
Until the day that he lost his best friend and the woman that he thought loved him because of a seemingly unforgivable act of calculated betrayal.
Now alone...and having narrowed the scope of his life considerably.  Caden is a man resigned to keep affairs of the heart under the strictest of locks and key.  While diverting his passions into his work...and her.

The mysterious woman who makes words at him from behind a computer screen.  Words that excite, intrigue, inspire, challenge, and inflame him to the point of obsession. Words from a woman whom he knows only as JusstAGurl456.
A woman about whom he can't help wanting to know so much more.

Bidding On The Billionaire is the first book in JM Stewart's Seattle Bachelors series.  It is also a book that is unafraid to take readers from 0 to 60, in terms of sensuality and emotionality
within the course of only the first few chapters.

Cade and Hannah are bold and intelligent characters that readers are sure they want to see together from word one. The hurts suffered by each, in their respective pasts provide very legitimate causes for their very circumspect beginnings.  Once these two get together, there is a natural rapport between them that speaks to a soul deep connection.
It is this connection that makes the lightening speed dive into sexual depths seem nothing but natural.
Speaking of the sex.  It's HOT HOT HOT!  There are many varied and intense scenes.  Each one doing more to draw the reader in, while simultaneously working to solidify the validity of our leads as a couple in the process.

The best thing about this book however, has to be what doesn't happen here.  While this book is about a billionaire, his money and status never becomes an issue.  In fact, the connection between Hannah and Cade is so strong that it is hard to relate to the two as more than a man and a woman trying to find love.

The only negative in this read comes in the form of the grand gesture surrounding the auction that readers encounter at its close.  It is a negative only due to its predictability.  A predictability is negated very quickly by the awesome and highly heart-melting epilogue.

Reviewer's Note:
This book is the first in a companion series which may be read in any order.
All opinions expressed in this review are solely those of the reviewer, and have not been influenced by Forever or those acting as their agents. 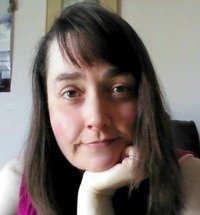 JM is a multi-published author of passionate, heartfelt contemporary romance. She’s a wife, a mother, a spiritualist, and lover of puppies, and happily addicted to coffee and chocolate. She lives in the rainy Pacific Northwest with her husband, two sons, and two very spoiled dogs. She’s a hopeless romantic who believes everybody should have their happily-ever-after and has been devouring romance novels for as long as she can remember. Writing them has become her obsession.
See Her Socially:  Web / Goodreads / Twitter