Get Ready For Hot Shifter Action...And Even Steamier Romance With "Ice Wolf"

They are the Arctic Brotherhood.They are deadly fighters, fierce protectors and loyal mates.

Elliott Wilder is a mild mannered Alaskan college professor. Wilder craves the things most people find boring. Seclusion. Monotony. Anonymity. But what Wilder craves most of all is the thing he can’t have… memory loss. Four hundred years ago, Wilder and the other members of the Arctic Brotherhood were captured and tortured by the leader of the Siberian werewolves. Wilder is still haunted by memories of that night, when he wasn’t able to protect his leader.

Now the Siberian wolf is on the loose and seeking revenge. Not only must Wilder lead the brotherhood, he must fight the attraction he feels toward its newest recruit, Jenny Piper. Jenny offers Wilder a glimpse of the life he can’t have. As the brotherhood races against time to save humanity from the horror their enemies unleashed on the world, Wilder must reach inside himself to find the leader the brotherhood needs and the mate Jenny craves.

Elliot Wilder is part of an ancient and noble race.  A unique and exquisite breed of Arctic Wolf shape-shifter, bred to live, love, fight, and die in the land of the Midnight Sun.  Moreover, Wilder is one of seven chosen, groomed and sworn to protect and defend his people as part of the elite Arctic Brotherhood.

But Wilder is a man haunted by his time in battle.  A man content to spend his days hunting through academic texts and chasing wayward students, in his new role as Professor Of Arctic Anthropology at the University Of Alaska.  A man determined to stay as far away from the battles of his past, as time and distance will allow.
Unfortunately, he will soon learn that no distance is great enough.  No amount of time long enough when a ancient nemesis, who he was sure would remain the stuff of nightmares, makes himself and his thirst for revenge known in an extremely tangible way.

As if simply being summoned to settle a 400 year old grudge match while ensuring the safety of the world is not enough.  Things become very personal when the leader of the Arctic Brotherhood, and the man whose life Wilder saved during the last battle, Gunnar, just happens to be the one doing the summoning.

But wait,  there's more!
Yes.  There is more!
This more comes in the form of a certain female Arctic wolf, Jenny. Who not only manages to make herself an invaluable part of the Brotherhood.  But who also becomes a most important part of Wilder's life.

This first book in the Arctic Brotherhood series offers readers a new and fantastical branch of the wolf shifter sub-genre.  Bringing together all of the familiar passion, warfare, and edge of your seat action that Urban Fantasy/Contemporary Paranormal Romance is known for; with the very specific compliment of Norse mythos and lore.  The result being a complete and solid foundation for a limitless new shifterverse.

Making this first story all the more enjoyable is the perfect balance that authoress, Jane Goodman, manages to achieve between action, character development/interaction, setting, and the all important romantic entanglement.   Ms. Goodman is very careful to blend all of these most important elements seamlessly.  While still managing to maintain a relatability between her characters and her audience that makes this book a joy to read.

Ice Wolf is nothing short of AMAZING!!!!

If you like your characters ALPHA!
Your action AWESOME!
Your romance ALL ENCOMPASSING!
Your setting ALL WINTER!

You will adore all of ICE WOLF!

*Reviewer's Note:  Ice Wolf is the first book in a related companion series which may be read individually, or as part of its intended series. 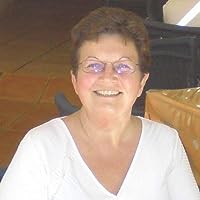