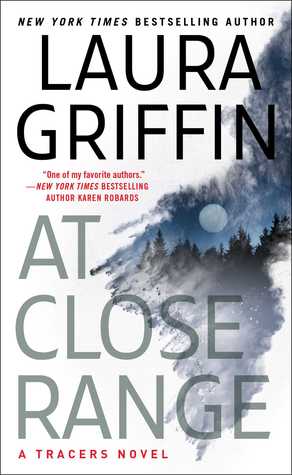 New York Times bestselling author Laura Griffin “delivers the goods” (Publishers Weekly) again with the eleventh title in the gritty, heart-pounding Tracers series.
When a lakeside tryst ends in a double murder, police detective Daniele Harper arrives on the scene determined to get answers. Clues are everywhere, but nothing adds up. Dani turns to the Delphi Center crime lab for help, but soon regrets it when her secret attraction to their chief firearms examiner threatens to distract her from the most important case of her career.
As a ballistics expert and former Navy SEAL, Scott Black knows firearms, and he knows he can help Dani unravel her case. Scott has managed to hide his interest in his best friend’s younger sister for years, but when her investigation brings them together, the sparks between them quickly get out of control. Scott resolves to keep his hands off Dani and his eyes on the goal—identifying a killer. But when that killer zeroes in on Dani, all bets are off. There isn’t a line Scott won’t cross to convince Dani to trust him so that he can help her take down a ruthless murderer who has her in his sights.

My Thoughts
Laura Griffin's 11th offering in the Tracer's series continues a franchise that has come to exemplify the best that the Romantic Suspense genre has to offer.
In fact, At Close Range offers such an engrossing story line, that it is very easy to forget that there are 10 previous books in this series.

Daniele Harper is doing her best to solve the mystery of the lover's tryst turned double homicide that has landed rather unceremoniously in her lap.  But the fact that her long-time crush, ballistics expert, and former Navy SEAL, Scott Black, just happens to be her second on the case.  Is leaving her with a lot more questions than answers in her effort to solve the puzzle that their undeniable attraction now presents in her personal life.

Reading At Close Range is like watching one's favorite CSI show, with just the right amount of romantic steam.
Laura Griffin once again shows herself to be a storytelling Svengali.  Able to simultaneously ramp up levels of complexity on both dramatic and emotional fronts.  While still managing not to muddy the procedural aspects of the plot with the personal.

What we are presented with in this volume is a story within a story, that comes together in a spectacular end.
Along the way the alpha interaction between Scott and Dani only intensifies as the novel progresses on both personal and professional levels.
In short, At Close Range is a book that readers can't help diving into.

New York Times and USA Today bestselling author LAURA GRIFFIN started her career in journalism before venturing into the world of romantic suspense. She is a two-time RITA Award winner (for the books Scorched and Whisper of Warning) as well as the recipient of the Daphne du Maurier Award (for Untraceable). Laura currently lives in Austin, where she is working on her next book.

See The Giveaway Here!!!
Posted by WTF Are You Reading