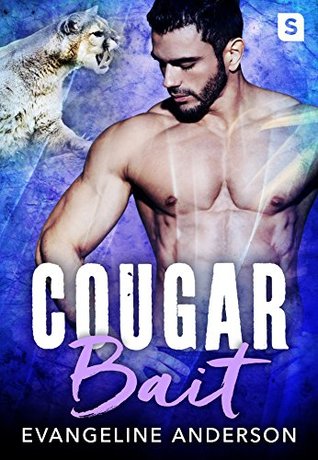 Samantha Becker is a busy and talented trauma surgeon with no time for nonsense. Her sister may have a special Shifter Gene, but Sammie is fairly certain she doesn’t have it, and she’s happy with her life the way it is. She doesn’t need the complicated Shifter lifestyle, and she certainly doesn’t need Liam Keller: Alpha cougar, Mayor of Cougarville and undercover billionaire. She hates him, but Liam is unable to get the curvy surgeon out of his head.
But the Shifter world isn’t ready to let Sammie go. She’s being stalked by someone who’s desperate for Shifter hormones, and Liam takes it upon himself to protect Sammie from harm. Things begin heating up between Sammie and Liam, but will they have to succumb to their inner animals in order to save Sammie’s life?
Cougar Bait is fun, sexy and will take readers on an emotional thrill ride.

Wondering where all the shifter sexiness began?
Take a peek at this EXCERPT from Book #1.
Buck Naked
Review Link Here

Samantha Becker may be all aces when it comes to saving lives.  But this talented trauma surgeon can't seem to make heads or tails of her magnetic attraction to the enigmatic and handsome were-cougar, Liam Keller.

For his part, Liam Keller would like nothing more to make the sexy surgeon his.  But she is more than determined that saving lives have a far more important place in her future; than settling down to create them ever could.
So, for now at least.  Liam must content himself less with his desire to claim his dream doctor.  Concentrating instead on keeping his promise to "guard her with his life".  As part of the "life debt"  that he incurred when she saved his.

What neither of the two could possibly know is just how soon he would have to pay that debt.
A debt that could cost the billionaire shifter both his life and his heart.

Authoress, Evangeline Anderson, really steps up her storytelling in a big way.  In this, her second offering of the Cougarville series.  Having gotten over the obstacles of having to in essence, craft what amounts to two worlds in her first book.  Due to having to design both a past and a present for characters in Buck Naked (Cougarville #1).  Ms. Anderson is now free to concentrate fully on crafting a truly unique paranormal romance...story wise.

Though the first and second titles in this series are companions to each other.  They are in no way birds of a feather.
The action and the drama here are much more intense.  With the male/female leads working in a far more alpha to alpha way.
Everything about this book is a test of wills.  With the control over whether their was progression on any front landing squaring in Samantha's "uber controlling" court.

It seems that the only thing that Samantha doesn't control in this book is the seemingly endless stream of impossible and life threatening near misses that plague her to no end in this read.
It is in fact, this relentless succession of "last minute saves" which both serve to add dramatic tension, and drive readers to distraction.
Not to worry though...
The push and pull that drives this book's plot is well worth any smattering of a bother that the "will they or won't they" that the plot may cause.

This book is a wonderful break from what has become the norm of shifter mythos .  In every sense of the term.  A true storytelling and romantic dream...just waiting to be unearthed.

Reviewer's Note:  Cougar Bait is the second book in a closely related companion series.  Characters and plots introduced in book #1, are expanded upon in this second tale.  As such, it is highly recommended that this book be read in its intended series order. 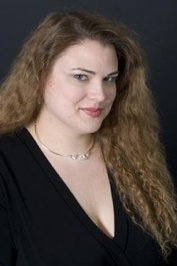 Evangeline Anderson is a registered MRI tech who would rather be writing. And yes, she is nerdy enough to have a bumper sticker that says “I’d rather be writing.” Honk if you see her! She is thirty-something and lives in Florida with a husband, a son, and two cats. She had been writing erotic fiction for her own gratification for a number of years before it occurred to her to try and get paid for it. To her delight, she found that it was actually possible to get money for having a dirty mind and she has been writing paranormal and Sci-fi erotica steadily ever since.