"Flawed" Is Nothing Short Of Thought Provoking Dystopic Perfection

The Scarlet Letter meets Divergent in this thoughtful and thrilling novel by bestselling author Cecelia Ahern.

But then Celestine encounters a situation where she makes an instinctive decision. She breaks a rule. And now faces life-changing repercussions.

In her breathtaking young adult debut, bestselling author Cecelia Ahern depicts a society where obedience is paramount and rebellion is punished. And where one young woman decides to take a stand that could cost her-everything. -Goodreads


It has often been said that "to err is human". But what if the very thing that is said to be the essence of one's humanity; that one thing which allows one to learn and grow, is the one thing that could lead to societal and personal ruin?
That is life for 17 year old Celestine North. A life that as the daughter of privilege and plenty, has always found her on the right side of the moral code.
Until...she isn't
Until one act, one decision, one moment, changes her life and the lives of those around her forever. 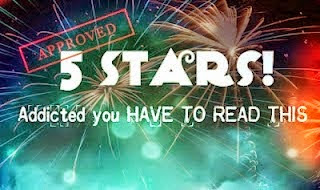 Yes. This is another "the one" troped dystopian.
But before you start shaking your head and making comparisons between this book and all the others of its ilk that you have muddled your way through.
Consider this.
What if your only mistake is being kind, having respect for an elder, and extending a common courtesy. All things that you are taught ad nauseam to do?
Your mistake?
Extending said courtesies to the wrong person in public.
That is life for Celestine North.
What sets this book apart from others is how quickly the cloak of privilege that has worked for so long to both protect Celestine, and effectively she her from the ills of the common, quickly ripped away and instead used to shroud the misdeeds of the powerful.
This is a very engaging book.
Celestine is a very likable protagonist. This likability is mostly due to the fact that she doesn't have an entitled bone in her body. She takes the things that happen to her in stride for the most part. Her biggest concern throughout the majority of her trials being the effect of what is happening to her on those she loves.
Another plus about this story is the cloak and dagger trail of breadcrumbs that the author leaves both Celestine to follow in order to discover the who's, why's, and wherefore's of what amounts to a plot against her.
But wait...
There are also those who would love to see her succeed, and their agenda could prove just as dangerous.
There is also a bit of an emotional love triangle. Emotional because the feelings that develop between Celestine and her mystery man are born of circumstance. Whereas, the feelings that she has for Art, are born of relationship and history.
While this book is a dystopian on its face; it is also a mystery, an adventure, and a glaring examination of the evils of power and social control.
*I was granted a review copy of the above referenced work by the publisher and Netgalley.*


Cecelia Ahern was born on September 30, 1981 in Dublin, Ireland. She is the daughter of the former Irish Taoiseach Bertie Ahern. On 14th December 2009 it was announced that Cecelia had given birth to her first child with partner David Keoghan, a girl named Robin. She was secretly married on 11 June 2010 in County Kildare,
Ireland.
Her older sister, Georgina Ahern is married to Nicky Byrne of Irish pop group Westlife. Cecelia was a member of the Irish pop group Shimma who finished third in the Irish national for the Eurovision Song Contest in 2000. She attended Griffith College Dublin and obtained a degree in Journalism and Media Communications.