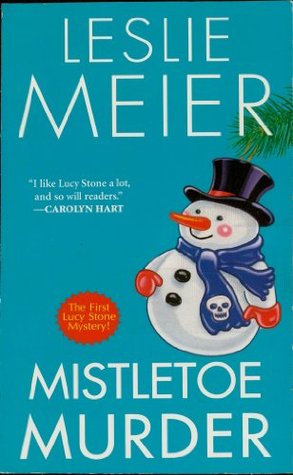 As if baking holiday cookies, knitting a sweater for her husband’s gift, and making her daughter’s angel costume for the church pageant weren’t enough things for Lucy Stone’s busy Christmas schedule, she’s also working nights at the famous mail-order company Country Cousins. But when she discovers Sam Miller, its very wealthy founder, dead in his car from an apparent suicide, the sleuth in her knows something just doesn’t smell right.
Taking time out from her hectic holiday life to find out what really happened, her investigation leads to a backlog of secrets as long as Santa’s Christmas Eve route. Lucy is convinced that someone murdered Sam Miller. But who and why? With each harrowing twist she uncovers in this bizarre case, another shocking revelation is exposed. Now, as Christmas draws near and Lucy gets dangerously closer to the truth, she’s about to receive a present from Santa she didn’t ask for--a killer who won’t be satisfied until everyone on his shopping list is dead, including Lucy herself…

Enjoy An Excerpt From
Mistletoe Murder
Copyright 1991 by Leslie Meier

My Thoughts
Lucy Stone is a heroine that every working mom can relate to.  As an already uber busy wife and mother of 3 young children.  It is hard to believe that she has time to hold down a night job as a customer service representative for the famed Country Cousins mail order catalog.  Let alone, try to solve the murder of its founder, Sam Miller.

But as readers quickly discover, along with her rather dubious husband Bill. Once Lucy is on the trail of a killer, there is no stopping her.
Assisting her in her quest for justice is a whole cast of both unforgettable and lovable characters.
One of this reviewer's favorites being local policeman, Barney Culpepper.  Who manages to find himself in some pretty harrowing situations by book's end.

That is not to say that all is murder and mayhem in Lucy's life, or this book.
When Lucy isn't out hunting down the bad guys.  You can find her baking Christmas cookies for the family. Or, plotting the addition of new furry family members for Christmas.
This combination of both the plot twist and the personal works very well to both endear the reader to the main character, and drive the story seamlessly

The best thing about this story by far?
The fact that you never see the 'who' in 'whodnit' coming.  Although in this case, because the culprit
literally seems to drop out of thin air.  Coupled with the hurried pace of the unveiling, are the only obstacles standing between this book and 5 stars. 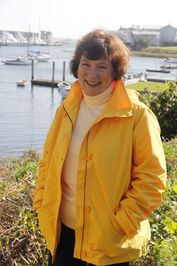 About Leslie
Leslie Meier lives in Harwich, Cape Cod, Massachusetts. She is the creator of 'Lucy Stone', a reporter and amateur sleuth in New England.