Murder...Mayhem...And Mystery Have A Flavor You'll Want To Savor In "Plum Tea Crazy" 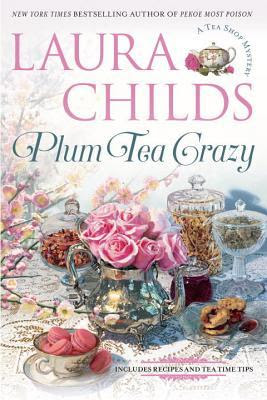 While viewing the harbor's Gaslights and Galleons Parade from the widow's walk of Timothy Neville's Charleston mansion, local banker Carson Lanier seemingly tumbles over a narrow railing, then plunges three stories to his death. But a tragic accident becomes something much more sinister when it's discovered that the victim was first shot with a bolt from a crossbow.

At the request of the mansion owner, Theodosia investigates the tragedy and is soon neck deep in suspects. An almost ex-wife, a coworker, a real estate partner--all had motives for killing the luckless banker, but one resorted to murder to settle accounts.


From Agony of the Leaves, Chapter 1:
Theodosia clapped a hand to her mouth, horrified but unable to look away. Her rapidly darting eyes took in the entire bizarre scene of a man gently bobbing in the huge aquarium tank, hopelessly entwined in some kind of net. His facial expression was a death grimace. Then, a floating, almost disembodied hand seemed to slowly rise up and scratch tentatively at the glass.
Oh no! Please, no!
Theodosia’s world suddenly lurched crazily on its axis. Because bizarrely, horrifically, she recognized the signet ring on the dead man’s left hand!
If she hadn’t, Theodosia wouldn’t have known it was her former boyfriend!
“Parker?” she gasped.
Her legs turning to jelly, panic coursing through her, Theodosia sank to her knees as the horror of what was happening closed in around her like a dank rag dripping with chloroform. Her respiration came in short, biting gasps, but the air didn’t seem to be getting to her lungs. She felt close to blacking out as a strange darkness, oppressive like a damp, threatening fog, threatened to overtake her.
Clawing at the glass now, Theodosia let loose a low moan as Parker’s body twisted in the netting that wrapped around him, scattering fish like frightened lemmings. Could they sense his death, too? Did they feel her shock and dread? Were they absorbing the sound waves of her desperate beating against the glass?
It was only when a moray eel made a lazy circle about Parker’s head that Theodosia thought to scream out loud.
*** 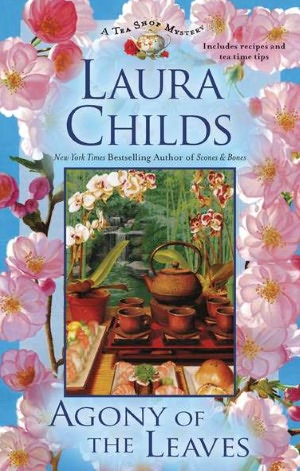 Ooh, it gives me the creeps just re-reading this. And I’m the one who wrote it! But I wanted to make my first chapter eerily dark and filled with terror. After all, how would you feel if you saw the face of your ex-boyfriend bobbing in a giant aquarium? How would anyone feel?
Obviously, my main character, Theodosia, is horrified. And that’s a logical reaction as well as an identifiable emotion for readers of this murder mystery. Because fear and outrage are what propel the story forward. This horrific discovery sends my main character on a hunt for her own brand of justice.
Does she want to go after the killer? No, not really, because that’s quite a frightening prospect. But she is compelled to do so. The police think the drowning’s an accident, but Theodosia sees it differently. Which is what adds impetus and raises the stakes. That’s the tricky thing about writing a mystery. You always have to keep building conflict and throwing obstacles in the path of your main characters. And, believe it or not, you have to keep doing this throughout the entire book!
Agony of the Leaves is my 13th Tea Shop Mystery. And though the writing doesn’t get any easier, I’m having more fun building suspense and dropping dead bodies in chapter one than ever before!
- Laura Childs


My Review
Though this is indeed the first experience that I have had of Miss Theodosia's tea-laced brand of sleuthing.  I must say that hers is a world that this reviewer had no trouble making herself at home in, almost immediately.

The rather unorthodox method in which a very unfortunate Mr. Lanier meets his maker.
This is a death that must be read to be appreciated.
More on the subject shall not be said however.
For fear of spoilers.

Theodosia
Can you say smart, efficient, snarky, and endowed with just enough curiosity to make it way too much for her own good.

The Supporting Cast
There are no small parts or small players in this cozy whodunit.  As a result there is also never a shortage of either high jinx or plausible suspects.

Putting a much needed whisper of common sense into the mix, and managing to hold down the fort at the tea shop.  Theodosia's business partner and tea sommelier extraordinaire, Drayton, merits a singular mention.  As he was most responsible for the introduction of a great many of the tea recipes that are a hallmark of this series.
Of course my review of the supporting cast wouldn't be complete without a few honorable mentions.

Jamie-the young relative that Drayton is forced to take under his wing and "teach what he knows about tea".
His un-Draytonness provides just the right amount of freshness.  Not to mention seeing the way that his presence serves to ruffle Drayton's impeccably groomed feathers is a sight well worth the proverbial price of admission.

Det. Riley- aka "The White Knight.  Theodosia's get things done "right hand boo thang " on the local police force.  Who is also there to make sure that his oh so curious kitty maintains as many of her nine lives as is humanly possible.

The Writing
The writing is very reader friendly.  Possessing just the right amount of charm, snark, and wit.
This is a book that one wants to read.
Moderate pacing and a very readable mid-range length of 318 pages, makes this read the perfect 'one sitting wonder'.

The Ending
This is truly an ending that you won't see coming.  Which is for this reviewer, the golden standard for all mysteries.  Cozy especially.  Given the fact that the smaller scope of the story usually leads to the reader knowing who the guilty party is long before the sleuths.

In short...
This may be book 19 in the Tea Shop Mystery series.  But it is a book that both mystery and tea lovers will want to savor long after its story has ended.

*Reviewer's Note
Plum Tea Crazy may be read is part of its respective series, or as a stand alone.

**I was granted a review copy of this book as part of the First To Read Program (Penguin)
In exchange for the honest review provided.