He’s been a bad, bad rake—and it takes a governess to teach him a lesson
The accidental governess.
After her livelihood slips through her fingers, Alexandra Mountbatten takes on an impossible post: transforming a pair of wild orphans into proper young ladies. However, the girls don’t need discipline. They need a loving home. Try telling that to their guardian, Chase Reynaud: duke’s heir in the streets and devil in the sheets. The ladies of London have tried—and failed—to make him settle down. Somehow, Alexandra must reach his heart... without risking her own.
The infamous rake.
Like any self-respecting libertine, Chase lives by one rule: no attachments. When a stubborn little governess tries to reform him, he decides to give her an education—in pleasure. That should prove he can’t be tamed. But Alexandra is more than he bargained for: clever, perceptive, passionate. She refuses to see him as a lost cause. Soon the walls around Chase’s heart are crumbling... and he’s in danger of falling, hard. Down...down...down to the bottom of the Thames.
When Alexandera Mountbatton's chronometer and clockminder's satchel is lost in the river.  After a most unfortunate panic attack leads her to abandon ship.  In in favor an unplanned swim to shore.
The offer that she received just that very afternoon from one Chase Renaud, the heir to the Duke of Belvoir.  Who had upon ushering her into his private "man cave" mistakenly believing her to be the replacement governess; hired to wrangle his two young wards.

But a clockminder does not a governess make.  No matter how badly a future duke, with absolutely no idea how to raise two rambunctious young girls might wish it to be so.
A job is however a job.
Even if it does mean that Alex will find herself living under the same roof with one of the most notorious rakes in England.
And whom, I might add, has had a staring role in more than a few of her fantasies.  Since a chance encounter in a her favorite bookshop.
Now, all that remains to be seen is if Mr. Renaud can steal her heart just as easily as easily as he managed to make off with her copy of Messier's Catalogue Of Star Clusters And Nebulae.

Just when you think that romance can't get any more fun, exciting, and well...roo tmantic!
Tessa Dare graces the world with yet another edition of "yes it can"!
Alex, Chase, Rosemund, and Daisy are nothing less than perfect.  As far as characters go.  With backstories that on their own, would be the delight of any reader.
But when taken together, and allowed to intermingle.  Each adding color, and nuance to the other.  While at the same time giving a solid foundation to the collective love story that is The Governess Game.  This story is nothing short of heaven.

Written with the trademark Dare humor, attention to detail, sexiness, and emotional complexity.  The Governess Game is one that those who play to read, are sure to win every time. 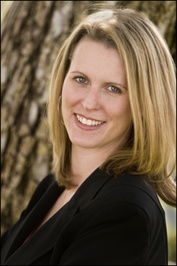 Sign up for Tessa's newsletter and be the first to hear about new books and hot deals!  http://tessadare.com/newsletter-signup/
Tessa Dare is the New York Times and USA Today bestselling author of fourteen historical romance novels and five novellas. Her books have won numerous accolades, including Romance Writers of America’s prestigious RITA® award (twice!) and the RT Book Reviews Seal of Excellence. Booklist magazine named her one of the “new stars of historical romance," and her books have been contracted for translation in more than a dozen languages.

A librarian by training and a booklover at heart, Tessa makes her home in Southern California, where she lives with her husband, their two children, and a trio of cosmic kitties.