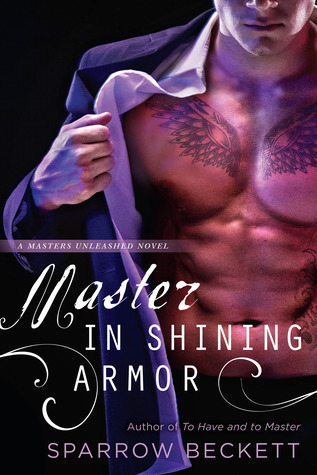 
What people are saying about Masters Unleashed:

~ TOP PICK RT Book Reviews "Beckett's third entry in her Masters Unleashed series is a sparkler... The delightful pairing of Varushka and Konstantin is perfect." 4.5 stars

~ “The writing duo Sparrow Beckett has a winner in their opening entry in the Masters Unleashed series. It’s a pleasure to watch as Kate and Banner grow together and adapt to each other’s needs. A family tragedy tests their mettle and the strength of their connection.” - RT Book Reviews (4 stars)

~ “Finding Master Right is an engaging, page-turning read. I was rooting for Banner and Kate’s happily ever after.” - International Bestselling author Sierra Cartwright

~ "This book is one of those that drew me in from page one, and held me long after I hit the end." - Guilty Pleasures Book Reviews

~ "It was fun with just the right amount of drama (and a few tears) to keep me desperate to know what was going to happen next." - The Smutty Kitty


My Thoughts
*Due to the rather sensitive nature of the topic discussed, this review is not intended for those readers under 18.*

The second, and most life changing event by far, however.
His becoming a full time father to the infant daughter of his now deceased ex.

What's a Dom to do?
I can't say for sure what one is to do.  But based on some very reckless behavior on the part of Will with one very initiated  Juliet.
I can certainly say what one doesn't.
And Will's ill prepared, unprofessional, and very unsafe handling of Juliet's first BDSM experience both with him, and in the whole of life...
A definite HELL NO!
He was far more interested in how turned on that he was by her submission than her safety, her care, or her well being.
Offering her only a cursory explanation of safe wording, no prior knowledge of what was to take place in the scene, and pushing her well past her adrenaline threshold with no aftercare.
Not only is this line of play dangerous.  It is highly unethical.

Moreover.
The fact that such ill treatment of a novice is presented in a positive light in this read.
Insane.

And therein lies the heart of my problem as a reviewer.
The book was well written.
The story and characters very engaging.
The ending very "happily..."

Readers will note that there is a decided lack of a review for the rather "run of the mill" and baby makes three plot line.
This is because Will's interest was elsewhere for the majority of the read.
And frankly so was mine. 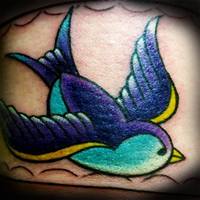 Two writers in two countries transform into the super writing duo, Sparrow Beckett, each night after wrangling their housefuls of children and pets. They trade the cape and colorful tights for tattoos and cups of coffee then set out to create a world where readers fall in love with heroes and the women who willingly go to their knees for them. Their books are the products of two kinky minds who don’t take themselves too seriously.
Find Them:  Goodreads / Web