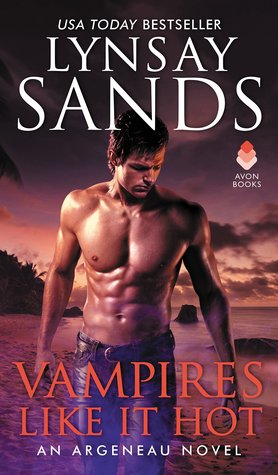 
New York Times bestselling author Lynsay Sands brings the heat in this new Argeneau novel, as one woman is rescued by an irresistible immortal …

When Raffaele Notte pulls a barely dressed, disoriented woman from the ocean, the last thing he expects is for her to utter that word. The immortal has come to the island resort to help his cousin, but now, it seems, there are rogue vampires dining on unsuspecting tourists. And he soon realizes that not only is Jess a target, she’s also the life mate he’s been waiting for…

Vampires are real. Jess would’ve never believed it until she saw them with her own eyes. She knows she has to get off the island, and her gallant rescuer has offered to help. There’s something about Raffaele that’s unlike any man she has ever met, and his touch sends pleasure through her that is beyond all imagining. But when Jess discovers who he really is, will she risk life as she knows it for a
chance of forever by his side?


Read An Excerpt from
Vampires Like It Hot
here:


My Thoughts
Vampires Like It Hot, the 28th book in the famed Argeneau series.  Finds Raffaele Notte playing the rather besotted "white knight immortal" to one very interesting damsel in Jessica
Open, adventurous, and very self aware. Jess, as she is called for most of the read; has also managed to become the possible "life mate" to not one, but two immortal beings.
One being a rude, crude, slightly greasy, and very persistent "vampirate" by the name of Vasco.  The other, you guessed it.  One Raffaele Notte.

Set in the tropical heat of The Dominican Republic.  This fast paced case of "hide the life mate" with lots of hot sex thrown in.  Is just the thing for a reader looking for a quick and enjoyable escape.
Though there are are quite a number of incidences where the afore referenced "white knight saves the day repeatedly" formula employed in this plot gets more than a little tedious.  The one saving grace for this book is the fact that it, and more to the point; its sex scenes, are very well written.
Making this book a one of those strange cases where likable characters and great sex do wonders for a clearly flagging plot-line.
While a great literary tome this read is not.  A pretty good beach read it very well could be. 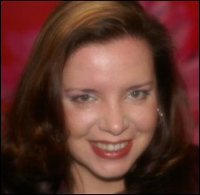 SANDS is the nationally bestselling author who is known for her hysterical historicals as well as the popular Argeneau/Rogue Hunter vampire series. With her witty and charming personality, Sands describes books as, “Waking dreams or stories, tales to amuse, entertain and distract us from everyday life.” She’s been writing stories since grade school and considers herself incredibly lucky to be able to make a career out of it. Her hope is that readers can get away from their everyday stress through her stories, and if there are occasional uncontrollable fits of laughter, that’s just a big bonus. Visit her official website at www.lynsaysands.net.