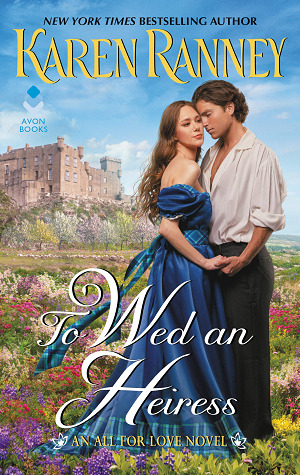 
Rebellion drove Mercy Rutherford to Scotland to escape the possessive grip of her fiancé. But it’s fate that lands her in the crumbling highlands castle of Ross Caithart. A dreamer with visions of inventing airships, he’s most certainly mad. Handsome beyond words, he’s also causing an irresistible flutter in her stomach beyond reason. When Gregory arrives to see their arranged marriage to its bitter end, Mercy desperately turns to Ross with an offer of her fortune—and her hand in marriage.

The Earl of Morton has a reputation for being a daredevil eccentric, but even he is hesitant to engage in such a rash proposition—no matter how utterly beguiled he is by the wildly independent American heiress. And yet, with so much at stake, how can he possibly say no? But when their unconventional union grows into a passionate and inseparable love, more than Gregory’s obsession threatens them. Now, Ross and Mercy will have to risk more than their hearts to save it.

Please Enjoy This Excerpt From:
To Love A Duchess
All For Love #1


My Thoughts
This wonderful second offering in the All For Love series, is the perfect read for those fond of a romance built on "happy accidents".
For it is after all, one such accident that brings our leading couple together.
The collision of his experimental "airship".  With her very conventional carriage.
Resulting in a utterly unputdownable love story.

Both Lennox and Mercy are formidable, headstrong, and extremely likable characters.  Determined to live life on their own terms.
Lennox in his pursuit of flight.
Mercy in her quest to live a life free of others' well intentioned micromanagement of her life.

Add in the love-at-first-sight romance of her lady's maid, Ruthie, and his assistant Connor.
A very Hatfield and McCoy-esque feud that her family refuses to let die.
And a grandmother who is utterly impossible to please.
And one can't help asking if things couldn't possibly get any more complex for the two.
The answer.
In a word.

Yes.
But discovering how the complications arise and what the two have to do to surmount them.  While not managing to become victims of Lennox's inventions in the process.
Priceless!

The passion that the two share is one that is very sweet and takes a while to kindle.  With a great majority of their love story focusing on the mutual respect that the two come to share for each other.

This is a very sweet and spirited romance.  One sure to stoke the fire of every free spirit
And set hearts free. 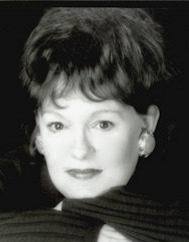