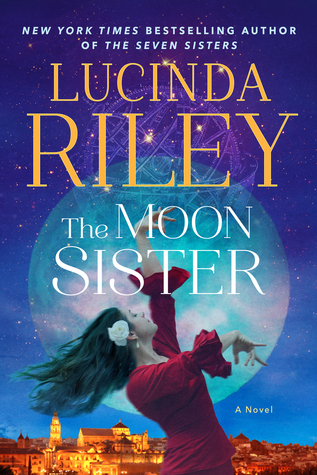 
Tiggy D’Aplièse spends her days experiencing the raw beauty of the Scottish Highlands doing a job she loves at a deer sanctuary. But when the sanctuary is forced to close, she is offered a job as a wildlife consultant on the vast and isolated estate of the elusive and troubled laird, Charlie Kinnaird. She has no idea that the move will not only irrevocably alter her future, but also bring her face-to-face with her past.

At the estate, she meets Chilly, an elderly Romani man who fled from Spain seventy years before. He tells her that not only does she possess a sixth sense passed down from her ancestors, but it was foretold long ago that he would be the one to send her back home…

In 1912, in the poor Romani community outside the city walls of Granada, Lucía Amaya-Albaycin is born. Destined to be the greatest flamenco dancer of her generation—and named La Candela, due to the inner flame that burns through her when she dances— Lucía is whisked away by her ambitious and talented guitarist father at the tender age of ten to dance in the flamenco bars of Barcelona. Her mother is devastated by the loss of her daughter and as civil war threatens in Spain, tragedy strikes the rest of her family. Now in Madrid, Lucía and her troupe of dancers are forced to flee for their lives, their journey taking them far across the water to South America and eventually, to North America and New York—Lucía’s long-held dream. But to pursue it, she must choose between her passion for her career and the man she adores.

Featuring Lucinda Riley’s “addictive storytelling with a moving, emotional heart” (Dinah Jeffries), THE MOON SISTER follows these two women bound across time and distance on their journey to discover their true futures—but at the risk of potentially losing the men they had hoped to build futures with.

“Riley’s meticulous research and attention to detail immerse readers in historical background and bring CeCe and Kitty to life. Fans of Kristin Hannah, Kate Morton, and Riley’s previous novels will adore this.”

“Brilliantly written. Reading like a stand-alone, it’s full of evocative details about cities, the countryside, flora, and fauna, which makes the scenes come alive. Separated by nearly a century, the characters’ storylines and dialogue are captivating and hold our interest… Highly recommended.”

“Rich with history and setting as well as emotion… both heartwarming and heartbreaking. Riley has a distinct gift for setting, and as such the locales along CeCe’s travels come alive under her masterful pen. From the beaches of Thailand to the Australian outback to a London flat, the landscapes are vividly drawn and lushly atmospheric. The dual timeline aspect is seamlessly integrated with the story and will keep readers glued to the page, waiting to see how it all connects.”

“‘Spanning continents and decades, this is a well-researched and compelling novel on an epic scale.”

“Every corner of the world has become a thrilling new adventure with master storyteller Lucinda Riley… Told through a breathtaking panorama of captivating stories, their fates and fortunes are painted on a broad canvas and all created from a vast sweep of the imagination.”

“Riley’s engaging and mesmerizing story of self-discovery and love, while making the complex tale of the Seven Sisters sufficiently clear, can be perfectly read as a stand-alone… Fans of the series will undoubtedly be pleased with this latest installment in the ‘Seven Sisters’ saga.”

“Set in the bucolic English countryside, this will appeal to fans of Kristin Hannah, Kate Morton, and Riley’s earlier novels.”

“Engaging… the stakes heighten as Star discovers her true heritage and destiny. Another pleasant jaunt down a genealogical rabbit hole.”

My Thoughts
The Moon Sister is a very lush and expansive tale.  That manages to blend picturesque locales, multifaceted characters, and a story that runs on dual timelines seamlessly.  Adding just the right amount of mystic otherworldliness in the process.

Both Tiggy's and Lucia's stories share equally in the compelling reading department.  There is never a moment when the "need to read" factor is lost throughout the entirety of this book's 700+ pages
A big reason for this book's compulsive readability is Lucinda Riley's ability to immerse the reader in descriptive narration.  Literally making the story come alive as the pages turn.

While both Lucia's and Tiggy's stories share comparably in interest levels.  The emotionality of each woman's story is decidedly different.  With Tiggy's being the lighter of the two.  Often offering a much-needed respite from the seeming onslaught of hardship encountered by Lucia.

The character and linking family member Chilly serves to bridge Tiggy both to her familial history; through his connection with her past.  And her mystical abilities; through his role as a brujo.
Though the convenient way that the two meet early on in the story seems very contrived.
But that is a minor "bug in the ear".  All things considered.
Speaking of family.
One major sticking point can be found in the fact that not that much time is spent with Tiggy's parents.
This is very surprising.  Given the massive amounts of detail found elsewhere in this story.

That detraction aside, however.
This is a wonderful addition to a stellar series.  And one that this reviewer will gladly venture into again upon the release of book 6.

About Lucinda
Lucinda Riley is the New York Times bestselling author of over twenty novels, including The Orchid House, The Girl on the Cliff, and the Seven Sisters series. Her books have sold more than fifteen million copies in over thirty languages globally. She was born in Ireland and divides her time between England and West Cork with her husband and four children. Visit her online and learn more about The Seven Sisters series at LucindaRiley.com.