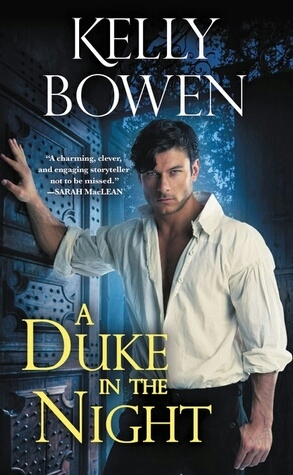 Duke. Scoundrel. Titan of business. August Faulkner is a man of many talents, not the least of which is enticing women into his bedchamber. He's known-and reviled-for buying and selling companies, accumulating scads of money, and breaking hearts. It's a reputation he wears like a badge of honor, and one he intends to keep. Clara Hayward, the headmistress of the Haverhall School for Young Ladies, on the other hand, is above reproach. Yet when she's reunited with August all she can think of is the way she felt in his arms as they danced a scandalous waltz ten long years ago. Even though her head knows that he is only back in her life to take over her family's business, her heart can't help but open to the very duke who could destroy it for good.

Enjoy this exclusive audio excerpt of A Duke In The Night here:
https://m.soundcloud.com/hachetteaudio/a-duke-in-the-night-by-kelly-bowen


My Thoughts
A Duke In The Night is the first offering in romance maven Kelly Bowen's The Devils Of Dover series.
And a veritable dream for those looking for an absolutely brilliant leading lady.  Capable in every way.
Yet, not beyond allowing herself to be vulnerable for love.

Yes folks...
Clara Hayward is everything that a lady of the ton ought not be.  Opinionated, forthright, learned, and a career woman.
Yes. 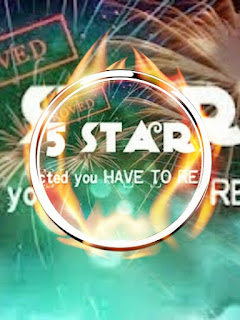 She is headmistress of the Haverhall School For Young Ladies.
A school that the cream of the crop the world over are clambering to send their girls to.
A school that teaches girls to use the talents and brains with which they are blessed to make a lasting mark upon the world.
A school that values its young charges not for the size of their doweries, or the beauty of their form.  But for the passion of their hearts.
A school that it now seems has become the latest acquisition of one August Faulkner.  The twelfth Duke of Holloway.
A man hell-bent on acquisition, power, and wealth building.
A man very much changed from the one that had danced Clara across a crowded ballroom some ten years earlier.
The only man bold enough to dare try claiming the one thing that Clara Hayward holds most dear.
Her heart.

This book boasts more turns of fortune than the New York Stock Exchange on a bad week.
With Clare's family so desperate to save the last vestiges of their once great import empire.  That they sell of the school that Clare founded.
To none other than the one man that Clare has had a crush on for ten years.
The one man that she never thought that she would see again.
And the one man, strangely enough, that she can't seem to be rid of.

Watching the very progressively minded Clare befuddle, bemuse, excite, and incite August at every turn.  Just might be the most fun that one can have while reading.
The fact that he starts out believing that he and his money are the answers to everyone 's problems.
Seeing him further schooled by both the students and the situations that he is presented with.
Priceless!

This book is so much more than a romance. Spotlighting issues such as socially imposed gender roles versus proficiency and love for a job or task.  Specifically as applied to women of the time.
There is also the secret that haunts August's past. Driving him in his pursuit of wealth.
And his almost obsessive need to protect those around him.

But the star of this show by far.
The romance!
The sparks that fly from the pages when Clara and August are together.  So much so that you never want their trysts to end.

In short...
If you are looking for an intelligently written, female positive, captivatingly romantic read.  That you won't won't to put down.  Look no further than A Duke In The Night.
You'll be glad you did.

Kelly Bowen grew up in Manitoba, Canada. She worked her way through her teenage years as a back country trail guide and ranch hand. She attended the University of Manitoba and earned a Master of Science degree in veterinary physiology and endocrinology.

But it was Kelly's infatuation with history and a weakness for a good love story that led her down the path of historical romance. When she is not writing, she seizes every opportunity to explore ruins and battlefields.

Currently, Kelly lives in Winnipeg with her husband and two boys, all of whom are wonderfully patient with the writing process. Except, that is, when they need a goalie for street hockey.