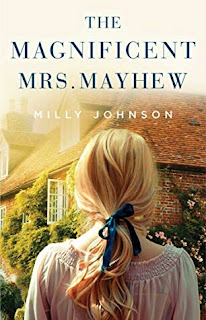 THE MAGNIFICENT MRS. MAYHEW by
MILLY JOHNSON
On Sale: July 29, 2019

About THE MAGNIFICENT MRS. MAYHEW:
Milly Johnson, the Queen of Feel-Good Fiction and The Sunday Times bestselling author, is back with a "glorious, heartfelt novel" (Rowan Coleman, New York Times bestselling author) about a woman trying to find her own place in the world, who through love, loss, and the kindness of strangers, discovers everything she needs in a village by the sea.

Behind every successful man is a woman. Behind the fall of every successful man is usually another woman. Sophie Mayhew seems to have the perfect life. The glamourous wife of a rising political star who is one step away from the highest position in the government, she matches her husband in looks, pedigree, and money. But he has made some stupid mistakes on his way to the top, and some of those mistakes are just now threatening to emerge. Still, this can all be swept under the rug so long as Sophie the Trophy plays her part in front of the cameras. But the words that tumble out of Sophie’s mouth one morning on the doorstep of their country house are not the words the spin doctors drilled into her head. Bursting out of the restrictive mold that has been tightening around her since birth, Sophie flees to a small village on the coast, a safe haven from her childhood days, where she intends to be alone. But once there, she finds a community that warms her soul and makes her feel as if she is breathing properly for the first time in her life. Sophie knows she won’t be left in peace for long, though, so she must decide: where does her real future lie?

Please enjoy this excerpt from
The Magnificent Mrs. Mayhew 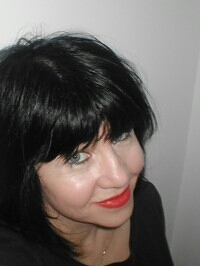 About MILLY JOHNSON
Milly Johnson is The Sunday Times bestselling author of numerous novels about the universal issues of friendship, family, love, betrayal, good food, and the little bit of that magic in life that sometimes visits the unsuspecting. Milly is a columnist for her local newspaper and is also an experienced broadcaster on radio and TV. She can be booked via the Women Speakers Agency for motivational speaking events. Milly is patron of several charities, including Yorkshire Cat Rescue and The Well at the Core. Her publishers call her The Queen of Feel-Good Fiction, and together they are aiming to spread as much joy as possible with every book published.
Find out more at MillyJohnson.co.uk or follow her on Twitter @MillyJohnson.