The Secret Life of Mrs. London by Rebecca Rosenberg

San Francisco, 1915. As America teeters on the brink of world war, Charmian and her husband, famed novelist Jack London, wrestle with genius and desire, politics and marital competitiveness. Charmian longs to be viewed as an equal partner who put her own career on hold to support her husband, but Jack doesn’t see it that way…until Charmian is pulled from the audience during a magic show by escape artist Harry Houdini, a man enmeshed in his own complicated marriage.
Suddenly, charmed by the attention Houdini pays her and entranced by his sexual magnetism, Charmian’s eyes open to a world of possibilities that could be her escape. As Charmian grapples with her urge to explore the forbidden, Jack’s increasingly reckless behavior threatens her dedication. Now torn between two of history’s most mysterious and charismatic figures, she must find the courage to forge her own path, even as she fears the loss of everything she holds dear.

Praise for The Secret Life of Mrs. London

“An impressively original and exceptionally well-crafted novel by an author who is a master of character- and narrative-driven storytelling, Rebecca Rosenberg’s The Secret Life of Mrs. London is an inherently riveting and thoroughly reader-engaging story from beginning to end and feature[es] many an unexpected plot twist and turn.” —Midwest Book Review

“Interesting, and based on the actual lives of the participants…Learning more about Jack London was enjoyable, as well as seeing early feminist examples.” —
Historical Novel Society

“…Rosenberg paints an immensely intriguing portrait of a marriage and tells it in an accomplished lyrical prose that captures each moment with poetic intensity.” —Prairies Book Review

“The Secret Life of Mrs. London is a riveting behind-the-scenes look at the marriage of Jack and Charmian London, both fascinating and complicated characters with rich inner lives that Rosenberg conveys in crisp yet poetic prose. This contemporary historical fiction raises questions that are still relevant today about what makes a good marriage, and whether creativity and stability are incompatible. A rich, resonant, deeply satisfying novel sure to delight and leave readers thinking long after they put it down.” —Malena Watrous, author of If You Follow Me and Sparked!, and director of the Stanford Continuing Studies Program in Novel Writing

“The Secret Life of Mrs. London is a heart-wrenching portrait of a marriage between two people who utterly depend on one another, but ultimately aren’t enough for each other. With skillful precision of language, Rosenberg weaves a narrative that defines the complexities of love, passion, and art. This is a perceptive, deeply moving novel by a great new talent about a couple who has gone unnoticed in historical fiction until now. Anyone who has ever loved another person will want to read this book.” —Victoria Kelly, author of Mrs. Houdini: A Novel

“One of Houdini’s best kept secrets was his affair with Charmian London in 1918. Now Rebecca Rosenberg tells the story using an elegant blend of fact and fiction, creating a Houdini book like no other. The Secret Life of Mrs. London is a true peek behind the curtain and a page-turner.” —John Cox, Wild about Harry

My Thoughts
The Secret Life Of Mrs. London is at its heart, a cautionary tale about the oft underestimated power of choice.  Both Charmian and Jack London present to readers as well matched forces of nature.
Each serving to both feed and quell the passions of the other.  For reasons which are often apparent to whichever of the two is in power at that given time.
With the rules of this literal "game of thrones" changing on a whim.  And the supporting players merely window dressing. 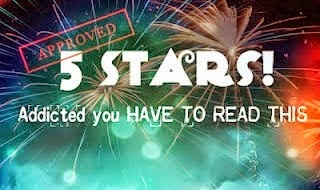 Until the unexpected addition of the player destined to change the game of two forever.
The enigmatic Harry Houdini.
A man more than capable of not only leveling the playing field.  But changing the entire game for all involved.
Forever.
This is an intensely emotional and highly intelligent read.
Taking the reader on a roller coaster ride filled the highs divinely inspired genius. Juxtaposed against the deepest depths of self imposed self sabotage, and the ever enduring reality of love.

Played out privately by some of the most public figures of that time's "world stage."

This is a book that readers will feel more than read. A true examination of the frailty that is the human condition.  In the face of a life destined for greatness.

A California native, Rebecca Rosenberg lives on a lavender farm with her family in Sonoma, the Valley of the Moon, where Jack London wrote from his Beauty Ranch. Rebecca is a long-time student of Jack London’s works and an avid fan of his daring wife, Charmian London.
The Secret Life of Mrs. London is her debut novel.
Rebecca and her husband, Gary, own the largest lavender product company in America, selling to 4000 resorts, spas and gift stores.
The Rosenbergs believe in giving back to the Sonoma Community, supporting many causes through financial donations and board positions, including Worth Our Weight, an educational culinary program for at-risk children, YWCA shelter for abused women, Luther Burbank Performing Arts Center to provide performances for children, Sonoma Food Bank, Sonoma Boys and Girls Club, and the Valley of the Moon Children's Home. For more information, please visit Rebecca's website and blog.
You can also find her on Facebook and Goodreads. Visit the Facebook page for The Secret Life of Mrs. London.

During the Blog Tour, we are giving away 3 signed paperbacks + swag and 7 eBooks! To enter, please use the Gleam form below. Giveaway Rules – Giveaway ends at 11:59 pm EST on October 14th. You must be 18 or older to enter. – Giveaway is open to the US only. – Only one entry per household. – All giveaway entrants agree to be honest and not cheat the systems; any suspicion of fraud will be decided upon by blog/site owner and the sponsor, and entrants may be disqualified at our discretion. – The winner has 48 hours to claim prize or a new winner is chosen. Mrs. London