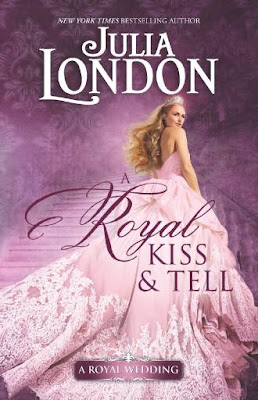 SUMMARY:
Every prince has his secrets. And she’s determined to unravel his…

Every young man in London’s ton is vying for Lady Caroline Hawke’s hand—except one. Handsome roué Prince Leopold of Alucia can’t quite remember Caroline’s name, and the insult is not to be tolerated. So Caroline does what any clever, resourceful lady of means would do to make sure Leo never again forgets: sees that scandalous morsels about his reputation are printed in a ladies’ gossip gazette…all while secretly setting her cap for the rakish royal.

Someone has been painting Leo as a blackguard, but who? Socially, it is ruining him. More important, it jeopardizes his investigation into a contemptible scheme that reaches the highest levels of British government. Leo needs Lady Caroline’s help to regain access to society. But this charming prince is about to discover that enlisting the deceptively sweet and sexy Lady Caroline might just cost him his heart, his soul and both their reputations…


Please enjoy this excerpt from:
A Royal Kiss And Tell
by
Julia London

Since the day of Eliza’s betrothal to Prince Sebastian, Caroline had also assumed, quite incorrectly, that she would be the principal bridesmaid. After all, she and Eliza and Hollis had been entwined in one another’s lives since they were very little girls.


“I am content with flower girls, honestly,” Eliza said. “I’d be content with a very simple affair. I was content with the civil ceremony. But Queen Daria prefers otherwise.”

A Royal Kiss And Tell is the very sweet tale of a prince finding his purpose.
Prince Leopold of Alucia, is a second son. A man never expected to hold an office, serve in the military, or do anything of note. Other than live the "good life," be attractive, and get married.
And now that his brother, Prince Sebastian, has finally found his "happily ever after" with his lady love, Eliza Tricklebank. In The Princess Plan (A Royal Wedding #1).
Choosing to marry for love instead of marrying for political gain.
Leo has now been called to the forefront by his parents.  And told that he must now take up the political marriage mantle.
Making matters worse for Leo.
The fact that he can't seem to get the opinionated, vivacious, and forthright, Coraline Hawke, out of his head.
And try as he might.  He can't seem to avoid her in his daily comings and goings either.

Leo is a man it seems;who can't when for losing.  Even when attempting to right the wrongs of human / sex trafficking.  After learning that young girls from Alucia, are being stolen, sold and traded in the brothels and private homes of the English aristocracy.
Forcing him to secretly...
Well...
As secretly as a prince can, anyway.
Set about the task of finding his endangered subjects.
But as news of his comings and going in the streets and byways of London's sketchy addresses becomes fodder for the news rags.
People are quick to assume that he is a man who has allowed his baser appetites to get the better of him.

And the doors of entree to all of the glitz and glamour that is English society are closing to him faster than he can blink.
And he must find out who the "source" of all of the scandalous information about him is.
And stop the flood of infamy.  Before it drowns not only his reputation.  But any hope that he might have of saving the lost girls of his country as well.

A Royal Kiss And Tell is the perfect blend of royal watching, mystery and intrigue, and "girl gets her guy" romance.
This is a very sweet and fast paced story as a whole.  Even though the back and forth between Caroline and Leo.  "Will he or won't he" of their romantic beginnings gets a little tedious.  Considering the fact that his private thoughts and unspoken reactions to Caro make it more than clear that she is the girl for him.

If you are looking for a fast, light, romance.  Full of characters that you are bound to fall for.
A Royal Kiss And Tell will ring all of those bells and more.
Please be advised that this title is the second offering of the series.  It mat be read alone. Or as part of its intended series.

*WTF Are You Reading would like to thank Netgally and Harlequin Books for providing the review copy on which this unsolicited and unbiased critique is based. 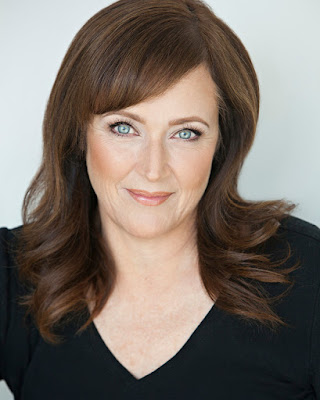 Julia London is a NYT, USA Today and Publishers Weekly bestselling author of historical and contemporary romance. She is a six-time finalist for the RITA Award of excellence in romantic fiction, and the recipient of RT Bookclub's Best Historical Novel.