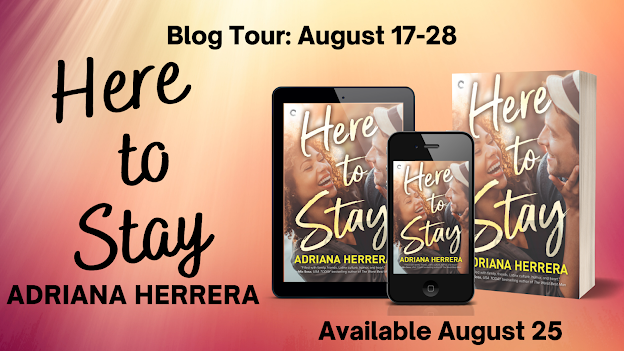 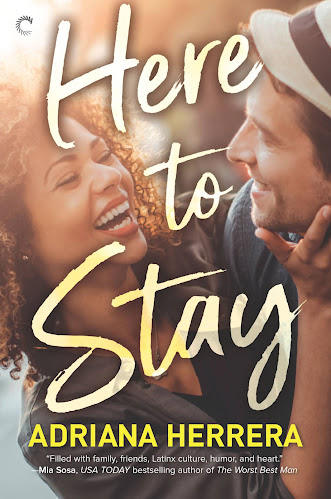 Julia del Mar Ortiz is not having the best year.

She moved to Dallas with her boyfriend, who ended up ditching her and running back to New York after only a few weeks. Left with a massive—by NYC standards, anyway—apartment and a car lease in the scorching Texas heat, Julia is struggling…except that’s not completely true. Running the charitable foundation of one of the most iconic high fashion department stores in the world is serious #lifegoals.

It’s more than enough to make her want to stick it out down South.

The only monkey wrench in Julia’s plans is the blue-eyed, smart-mouthed consultant the store hired to take them public. Fellow New Yorker Rocco Quinn’s first order of business? Putting Julia’s job on the chopping block.

When Julia is tasked with making sure Rocco sees how valuable the programs she runs are, she’s caught between a rock and a very hard set of abs. Because Rocco Quinn is almost impossible to hate—and even harder to resist.

Please enjoy this exclusive excerpt of...
Here To Stay
by
Adriana Herrera

“I thought I could detect a familiar accent when I was coming down the hall.” His perfectly blue eyes twinkled at what I was certain was an expression of utter mortification on my face. He sounded pleasant enough, but he was also alluding to the fact that I was yapping on my phone. This wasn’t the first time he tried to be cute. Rocco Quinn seemed to like fucking with me. And it was only a matter of time before he stepped on my last nerve and I reamed him out.

Thankfully, just as I was scrambling to respond to his comment, the elevator got to my floor. I was planning to just leave him hanging and run off, but he was hot on my heels.

Oh, for fuck’s sake. Why did he have to act all fake nice?

I nodded without looking at him. “She does. Listen, Mr. Quinn—”

“You can call me Rocco.”

Nope, that was not happening. I was not letting this sexy bastard talk me into getting all chummy with him. I was already on thin ice as it was. He could keep his pheromones and his slick-as-fuck expressions to his damn self. I came to a dead stop a few feet away from the conference room door where my boss—and whatever shitty news she was about to give me—was waiting.

When I turned around, Rocco was looking down at me with an expectant smile. God he was handsome, that jet-black hair so dark it almost had a tinge of blue and those eyes, piercing. And I guess he had teeth after all, and of course they were perfect. Asshole. I shook my head hard when my traitorous brain started wondering what Pantone color his eyes would be.

Get your head in the game, Julia del Mar.

I straightened my back, determined to fight off the debilitating effects of those gleaming teeth and perfectly pink lips. I had to remember this niceness was probably his way of getting us to let our guard down. He was here to find ways to cut jobs. I was not about to mouth off and get myself fired, but I needed to get some things clear.

“Look.” I was proud of myself for not rolling my neck or pointing at his face. “I know you’re trying to be nice, but you make me nervous.” I pulled on the hem of my blue polka-dot dress and smoothed my yellow cardigan, avoiding eye contact at all costs.

“Why do I make you nervous?”

Uh, maybe because you’re here to close down as much of the foundation as you can.

I refrained from actually saying that because I had not been raised by a Puerto Rican man and Dominican woman just so I could act like I had no home training with the guy who could get me fired. But it was a close call.

“I’m sorry for saying that. You don’t make me nervous.”

Rocco Quinn didn’t just make me nervous. He made me want to run my hands all over that big-ass body and moon over his almost but not quite curly hair and blue eyes, in spite of the fact that I knew he was out here gunning for my entire program. And yet, I still wanted to kiss the hell out of him while I climbed him like a sequoia.

My Thoughts
Here To Stay is a story to love from the word go.  It offers readers the perfect blend of culture shock.  As we follow both Julia and Rocco.  In their efforts to make the transition from the hustle and bustle of New York to the more sedate; but no less treacherous Dallas business and social scenes.
And a very well written and heartfelt story about two people getting to know each other on a very personal and meaningful level.  After work puts them in a very untenable situation.

Miss Herrera writes characters in which readers can and do see themselves. Good or bad. Flaws and all.
Whether it be Julia's having to deal with her loving and uber-involved family. Or Rocco's very tenuous and strained relationship with his. Which he only maintains in the interest of his sister and niece.
Both Rocco and Julia are shown to be real people with real lives. Trying to be the best people that they can. And find whatever happiness there is. In a world that isn't always fair. and doesn't always make sense.
The author's treatment of the corporate situation. As it applies to Julia and Rocco's relationship is wonderful.With stakes and entanglements becoming more of an issue for both. As their relationship becomes more involved. But never quite managing to steal the spotlight, from said relationship.
This is also a very sweet"save you right back" romance. With Rocco learning the true meaning of family and unconditional love. And Julia learning to once again believe in the power of the heart. And coming to see that "the good guys really do finish last." 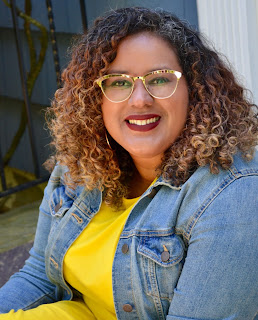 Adriana was born and raised in the Caribbean, but for the last fifteen years has let her job (and her spouse) take her all over the world. She loves writing stories about people who look and sound like her people, getting unapologetic happy endings.

When she’s not dreaming up love stories, planning logistically complex vacations with her family or hunting for discount Broadway tickets, she’s a trauma therapist in New York City, working with survivors of domestic and sexual violence.

Her Dreamers series has received starred reviews from Publishers Weekly and Booklist and has been featured in The TODAY Show on NBC, Entertainment Weekly, NPR, Library Journal and The Washington Post. Her debut, American Dreamer, was selected as one of Booklist’s ‘Best Romance Debuts of 2019’, and one of the ‘Top 10 Romances of 2019’ by Entertainment Weekly. Her third novel, American Love Story, was one of the winners in the first annual Ripped Bodice Award for Excellence in Romantic Fiction. Adriana is an outspoken advocate for diversity in romance and has written for Remezcla and Bustle about Own Voices in the genre. She’s one of the co-creators of the Queer Romance PoC Collective. Represented by Taylor Haggerty at Root Literary.