All Might Be Fair In Love And War... But That Doesn't Mean That "Dirty Tactics" Can't Be Fun 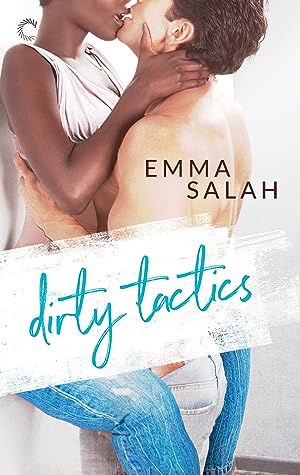 Title:  Dirty Tactics
Series:  The Dirty Thomas Siblings #1
Author:  Emma Salah
Length:  228 pages
Expected Publication Date 7/20/2020
Publisher:  Carina Press
Rating:  4.5 Stars
His best friend’s little sister never looked so good…
Two weeks.
A trial period, in which hockey superstar Zac Quinn will prove to Reagan Thomas—his best friend’s younger sister and the one woman he can’t seem to keep his hands off of—that they can’t possibly date for real.
After all, the Thomas family is the only family he’s ever had. He can’t risk losing them, no matter how much he wants Reagan. She’s too important to him; he can’t let things get weird.
But Reagan has known they’re meant to be since forever. She’s not about to back down now.
If she has to play dirty to bring him around?
No problem.
This book is approximately 70,000 words
One-click with confidence. This title is part of the Carina Press Romance Promise : all the romance you’re looking for with an HEA/HFN. It’s a promise!
Please enjoy this exclusive excerpt from...
Dirty Tactics
by
Emma Salah

Author Emma Salah debuts her first novel this week and I have the honour of hosting a little sneak peek from this steamy new romance in which a hockey superstar falls for his best friend’s younger sister.
ExcerptArms outstretched, palms against the wall, Reagan took in a shuddering breath. She stood deep in the coatroom, behind the third and fourth rack. The room smelled of fur and musk. The light was on, but it was still a bit dark in her little corner. The wall was painted what the owner probably thought was a soothing yellow, but looked like someone had thrown up on it. Whoever decided on this particular shade as an official color deserved to be shot. It was not helping her calm down. I knew I should have worn a looser dress. But nope, vanity had won out in the end. She wasn’t very curvy, but the little black dress made her small hips look fuller than they were, before it came down to right above her knees. Well, none of that mattered now, because all it did was keep her looking cute while she had trouble breathing through the tight contraption.
Why did Zac affect her so? Why couldn’t she just ignore him? If she was being honest, she found herself drawn to him even before the day they kissed for the first time. Except now, she wasn’t content with secret accidental kisses and moments of longing. But what can I do? Zac—and all her brothers—had made it perfectly clear that a relationship between them was definitely not in the cards. So, what was she supposed to do? To keep ignoring her feelings seemed like the best possible option. Suppressing them wasn’t exactly helping with her breathing though.
Creak. The door opened and Reagan didn’t bother looking up. It was probably just the person who looked after the coats—the coat manager?—and here’s to hoping they didn’t come this far in. But, with heavy and determined footsteps, whoever it was walked deeper into the room, not stopping until they reached where she stood.
Reagan stiffened as she lifted her head. He was close enough that she could feel his heat against her back, smell his aftershave with definite hints of sandalwood, and know exactly who it was standing behind her.
Why was this happening to her? Coming to Steven’s party was important for her career, but now she just wished she had stayed under her covers while binging on Oreo cookies and playing Future Fantasy.
“Hey,” Zac said.
“What are you doing here?” she whispered to the puke yellow wall.
Take deep breaths. And whatever you do, don’t turn around.
“I saw you come in here. I wanted to make sure you were okay.” A second later, he asked, “Are you okay?”
“I just…need a minute.”
When she didn’t hear the door opening and him leaving, she sighed.
“What do you want, Zac?”
She felt him come closer.
“I want to know, is it going to be like this every time we’re in the same room?” His voice was smooth and she loved the sound of it. Even when she didn’t want to answer the question that he just asked with said voice.
“Like what?”
He huffed out a breath. “Like you leaving as if the hounds of hell are on your heels. Like you can’t stand the sight of me?”
I must not give in.
“It’s not you that I can’t stand to see,” she said through gritted teeth.
“Then who— Ah.”
Oh great! I’ve said too much.
“Brandy is really something,” he said, in a casual voice that was anything but casual.
“I don’t care what she is.”
“She’s gorgeous.”
She refused to turn around.
“Talented.”
The jerk.
“Wealthy.”
She was going to kill him slowly.
“Incredibly smart. Harvard graduate.”
That did it.
Voice trembling, she couldn’t help but ask, “Then why if she is so gorgeous, talented, incredibly smart, are you in here with little old me?”
“You’re jealous.”
She spun around so quickly, her elbow slammed into his gut. “I am not.”
“Yes, you are.” He grunted, rubbing his stomach.
Reagan stepped closer. “Say that again, Zac, and so help you I will—”
He stepped even closer and in a dangerously low voice whispered, “You’ll what?”
“I will…” She swallowed.
Although her black stilettos gave her a much needed four inches, Reagan still only reached Zac’s jaw. A jaw that was clean-shaven and exposed his thick lower lip. It didn’t help that he was devastating in his grey suit, his arms crossed over his impressive chest. And he was watching her with those blue eyes of his that couldn’t seem to decide whether they were angry with her or if they wanted to fuck her. She definitely knew which one she was up for.

My Thoughts
Zac and Reagan's story stands as deliciously salacious proof that the grown up and sporty version of "Ive got a thing for my brother's best friend".  Is still a story line capable of providing readers with not only hours of hot and sexy, grown up fun.  But also in the case of Dirty Tactics  manages one hell of an emotional "happily...".
There is just so much to love about this book.
The childhood history that the two share.  The fact that they can't seem to resist each other.
The fact that they travel in the same professional circles.
And the fact that there is so much adult angst going on between these two at any given time within the course of this book.
That any self respecting teen could be put to shame.
Are just a few of the more obvious reasons that spring to mind.

But upon closer inspection.  One would have to admit that it is Zac's compelling backstory of childhood abuse, and the life altering role that Reagan's family's love and support played in turning his life around.  Really serves as the emotional anchor that readers need to connect on a much deeper level to a story and characters that might otherwise be little more than a bit of romantic fluff in the wind.
Although it is that self same loyalty to said family.  As well as a rather annoying fear held by Zac that serves as a rather troublesome Achilles heel of sorts for him.  When it comes to furthering his relationship with Reagan.
Wherein he is convinced that if his and Reagan's relationship is discovered that his relationship with her brother, and the family by extension will be irreparably damaged.
While this fear is admittedly justified.  Given Zac's tenuous and often violent past with his own family.
There is also a want to pull the poor man to the side and scream in his ear that both he and Reagan are ADULTS.
Who do not have to answer to anyone except themselves about who and how they love. And that he only had a certain number of pages left before both the end of the book, and the end of my patience had been reached.
By which time, if he had not manged to get his head out of hie proverbial ass.  He was going to be without a "love of his life".  And I was going to be down a Kindle. Because mine was due to go sailing into the wild blue yonder.  After I tossed it across the room.  In a well inspired fit of pique.
But luckily Reagan's tenacity and all consuming belief in their love prevailed.  Leaving his heart to be redeemed, and my beleaguered e-reader free to carry on for the foreseeable future. 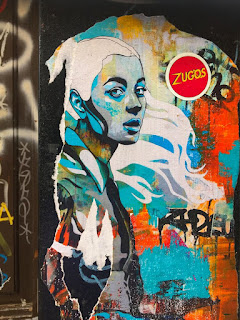 I’m not going to talk about myself in the third person, instead, I’m going to say: welcome to my website! My name is Emma Salah and I was born and raised in London. I spent my childhood climbing mountains, killing (or petting, depending on the breed) dragons and sneaking romance books into my bedroom as a teenager. While only one of those is true, I did go off to seek adventure after getting a degree in Literature and Creative Writing, back-packing through South-East Asia, living in colourful Istanbul and teaching for over a year in Japan. As a young black woman, I’m interested in telling stories that don’t always get heard. That means lots and lots of diverse heroines doing amazing things!
Fun Facts: 1. I have 5 siblings! Yikes!
2. I’m in love with movies, Tv Shows and Anime, especially Marvel and DC, Twelve Monkeys, Brooklyn 99, Full Metal Alchemist and so many more!
3. I’ve been sky diving, kayaking and rock climbing! Can you say adrenaline junkie?
Find Her Here:  Web / GR / Insta / Twitter