"Tempting The Prince" Perfect For Those With A Romantic Sweet Tooth 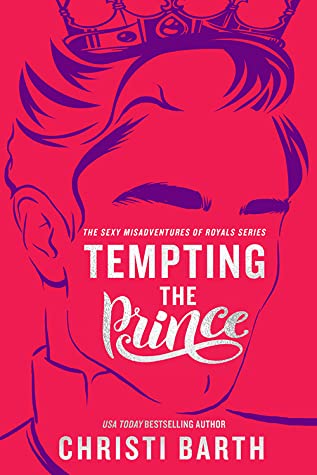 What happens when you mix an average American woman with a decidedly not average future King?

I can tell you from experience—a whole lot of complications.

You see, four months ago, my all-American sister, Kelsey, found out that she’s not actually my sister—she’s a princess of a country we’d never heard of. She begged me to come along when she was whisked off to her new palace, so here I am. An outsider who doesn’t fit in anywhere.

Now that she’s settled, I should go back to my exciting new career in New York. I absolutely should not stay in a country where I got shot (long story), where I suck so badly at the national sport that I accidentally murdered the symbol of the monarchy in front of half the country, and—oh yeah—where I can’t stop ogling Kelsey’s actual brother.

The Crown Prince.
The man who has to marry a very important princess. (not me)
The man who must create the next heir to the throne. (without me)
The man I absolutely can never be with. (remember that long story?)
The man who just gave me the best sex of my life…

Did I mention that it’s complicated?

Please enjoy this exclusive excerpt from...
Tempting The Prince
By
Christi Barth

Mallory Wishner crossed her fingers as she sidestepped a suit of armor and turned the corner. It was the third time today she’d gotten lost in Alcarsa Palace. At least it’d been down three different hallways, so the same footmen weren’t snidely rolling their eyes at her. Not that they would—openly. All the staff were unfailingly polite to her, as the sister of the princess who’d been missing for twenty-four years. They nodded, curtsied, and bowed to her as if she had an actual royal rank. She didn’t. Mallory was 100 percent All-American stock. She’d voted in every election, marched in her tiny Michigan hometown’s Memorial Day parade every year, and rolled her eyes at the rest of the world calling soccer “football.”But once they’d discovered, six months ago, that her sister Kelsey was actually 1) not in any way related to her and 2) the long-lost princess of Moncriano, everything had changed. They’d had to leave their fourth-floor Manhattan walk-up after only living in it for three exciting days. They’d flown to Europe on a private jet and been installed in this 715-room palace. Prince Christian, the heir to the throne, had kindly made Mallory a lady-in-waiting so she could be included in almost everything Kelsey did. And then, at the ceremony on the steps of Parliament officially welcoming Kelsey back as a full member of the House of Villani, an assassination attempt gone wrong had ended with a bullet in Mallory. After months of recuperation under her parents’watchful eyes in Michigan, she’d come back to Moncriano. The shooting had meant she couldn’t start her new Manhattan job. Couldn’t afford a Manhattan apartment without Kelsey to split the rent with her. All her plans went poof the moment that bullet entered her body. Including her plans for an eventual family…But who was she to complain about a job that mostly sounded made up but consisted of hanging out with her sister? And living in an honest-to-goodness palace?

My Thoughts
Tempting The Prince offers readers a very sweet "foregone conclusion" type of " happily... "
Which start out with readers being given all the "tea" on the story 's leading lady right off the bat.
Including but not limited to the fact that she got shot protecting her sister; who isn't really her sister.
But who is really the long lost princess of Moncriano.
From a would be assassin.
A fact that gets mentioned way too many times to count. And becomes the reason that way too many things either should, should not, can, or can not be  possible for our dearest heroine. 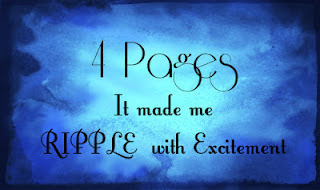 For her part.
All our dearest Mallory wants is to know if she will be able to fit in.
Seeing as being 'sort of royal' doesnt count.
And if her injuries have indeed put any hopes that she may have had of having children squarely off the table.
But it seems that date and the king's PTSD have other plans for all involved.
Especially Mallory.
By way of her attachment to a certain very hot and very royal prince.

This book is, for all intents and purposes.  The perfect beach read.
You pretty much know where you're going from about the first chapter.  But the fun is in the getting there.
This isn't really what one would consider a true romantic comedy.  Due to the heavy nature of the underlying themes of the read.  Although there are light moments.  That help to  balance things out quite nicely.
There is also a very grand and all encompassing "grand finale" that is more than worthy of a happy tear or two.

This book is the third in the Sexy Misadventures Of Royals series.  And may be read as a standalone or as part of its intended series.
Thank you to Netgalley and Entangled Publishing for providing the review copy on which this honest critique is based.

About Christi
Christi Barth earned a Masters degree in vocal performance and embarked upon a career on the stage.
A love of romance then drew her to wedding planning. Ultimately she succumbed to her lifelong love of books and now writes contemporary romance.
Christi lives in Maryland with her husband.