HFVBT Presents: Mario Escobar's Remember Me And A Giveaway 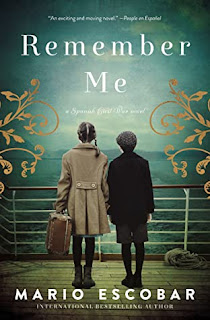 Amid the shadows of war, one family faces an impossible choice that will change their lives forever.

Madrid, 1934. Though the Spanish Civil War has not yet begun, the streets of Madrid have become dangerous for thirteen-year-old Marco Alcalde and his younger sisters, Isabel and Ana. When Marco’s parents align themselves against General Franco and his fascist regime, they have no inkling that their ideals will endanger them and everyone they love—nor do they predict the violence that is to come.

When the Mexican government promises protection to the imperiled children of Spain, the Alcaldes do what they believe is best: send their children, unaccompanied, across the ocean to the city of Morelia—a place they’ve never seen or imagined. Marco promises to look after his sisters in Mexico until their family can be reunited in Spain, but what ensues is a harrowing journey and a series of heartbreaking events. As the growing children work to care for themselves and each other, they feel their sense of home, family, and identity slipping further and further away. And as their memories of Spain fade and the news from abroad grows more grim, they begin to wonder if they will ever see their parents again or the glittering streets of the home they once loved.

Based upon the true stories of the Children of Morelia, Mario Escobar’s Remember Me—now available for the first time in English—explores the agony of war and paints a poignant portrait of one family’s sacrificial love and endurance.
AMAZON | BARNES AND NOBLE | INDIEBOUND

My Thoughts
While the subject of war is never easily broached; even under the best circumstances.
Doing so when the experience is that of a child is exponentially more difficult.  If for no other reason than...
You as the reader are painfully aware that this child, and no child, for that matter.
Should be made so suffer such.
Such is the underlying message of Mario Escabor' s Remember Me.
Which chronicles Marco Alcalde's experience as a child of the Spanish Civil War.
Driven away from home family and country. With only his two.younger sisters, an indomitable spirit, and the hope of once again being reunited with his parents. To see him through uprisings, forced relocation to Mexico, hunger, abuse, bullying, and more.

This is a book that is so beautifully written however, that one can't help wanting to turn that next page. Even as the subject matter therein is sometimes enough to turn one's stomach.
Marco is the perfect touchstone for readers' emotional connection to the tableau of loss, love, depravity and hope that he and his family come to symbolize.
The only blemish on the perfection found here is that the pacing between events is such that one hardly has time to recover from one ordeal before being thrust headlong into another.
Which would not be an issue if not for the gravity of the subject matter. 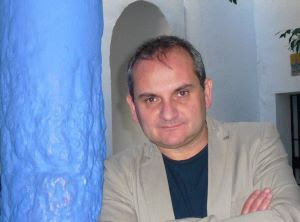 Mario Escobar Golderos has a degree in History, with an advanced studies diploma in Modern History. He has written numerous books and articles about the Inquisition, the Protestant Reformation, and religious sects. He is the executive director of an NGO and directs the magazine Nueva historia para el debate, in addition to being a contributing columnist in various publications. Passionate about history and its mysteries, Escobar has delved into the depths of church history, the different sectarian groups that have struggled therein, and the discovery and colonization of the Americas. He specializes in the lives of unorthodox Spaniards and Americans.
WEBSITE | FACEBOOK | TWITTER | GOODREADS

Tuesday, September 15
Review at Nursebookie
Review at WTF Are You Reading?

Monday, September 21
Feature at The Lit Bitch
Feature at I’m All About Books

Wednesday, September 23
Review at Passages to the Past

Friday, September 25
Review at View from the Birdhouse

Sunday, September 27
Review at Reading is My Remedy

Tuesday, September 29
Feature at What Is That Book About

Remember Me
Posted by WTF Are You Reading