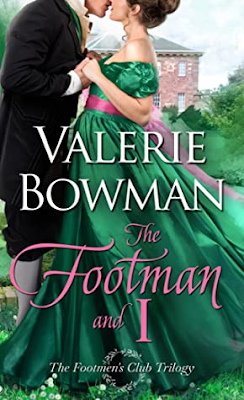 Every fortune-hunting female in London is after the newly titled Earl of Kendall, but he’s intent on finding a wife whose heart is true. So, while drunkenly jesting with his friends in a pub one night, he has an idea—what if the ladies of the ton didn’t know he was a wealthy earl? All he has to do is pose as a servant at his friend’s summer country house party and make sure the guest list is full of beautiful, eligible debutantes. What could possibly go wrong?

May the best footman win.

Miss Frances Wharton is far more interested in fighting for the rights of the poor than in marriage, but her mother insists she attend a summer house party—and find herself a husband. Frances would rather wed a goat than the pompous man her mother has in mind, so in order to dissuade the would-be suitor, she vows to behave like a shrew. The only person she can be herself with is the kind, handsome footman she runs into at every turn. Their connection is undeniable, and the divide between them is no match for the passion they feel. But what will happen when Frances learns that the footman she adores is actually the earl she despises? In a game where everything is false, can they convince each other that their love is true?

Please enjoy this exclusive excerpt from...
The Footman And I
by
Valerie Bowman

My Thoughts
The story told in Valerie Bowman's The Footman And I is a great foray into almost upstairs / downstairs romance.
The friendship turned romance that blooms between Lucas and Frances becomes so real that you almost don't want Lucas to be the Earl of Kendall.   Even though you know that is the only way that the conundrums of Frances' unwanted marriage and Kendell's need to find a wife will be solved.
Truthfully...
One gets so invested in Kendall as Lucas; that any time within the story that he spends as Kendall seems the real charade.
Emily is a very smart, compassionate, and socially conscious young woman. Lucas is loyal, forthright, and responsible. Which makes one wonder what their future children will be like.

If there is one detractor from this wonderful tale.  It is that Frances and Lucas seem a tad too suited to each other from the very start.
Even though there is an attempt by Miss Bowman to throw a bit of a monkeywrench into thinks by way of Frances' besotted lady's maid.
It is quite clear however that the infatuation is nothing more than the very loud ringing of a very hollow bell.
In short...
The Footman And I is a very good first offering in the Footman's Club series.  And a quite refreshing
take on the quest to marry for love in the aristocracy.
You go boys! 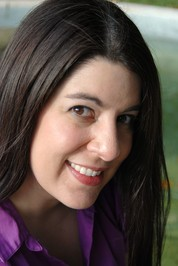 Valerie grew up in Illinois with six sisters (she’s number seven) and a huge supply of historical romance novels. After a cold and snowy stint earning a degree in English Language and Literature with a minor in history at Smith College, she moved to Florida the first chance she got. Valerie now lives in Jacksonville with her family including her rascally dogs. When she’s not writing, she keeps busy reading, traveling, or vacillating between watching crazy reality TV and PBS.

Visit Valerie on the web at www.ValerieBowmanBooks.com and sign-up for her newsletter at: http://www.valeriegbowman.com/subscribe/
See her socially:  GR / Twitter / FB
Buy The Book Here...