Michelle Richard visits WTF Are You Reading with "Mocked by Faith" 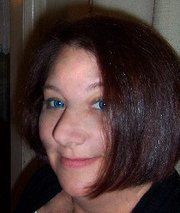 This post is something a little different. My daughter sat down with her summer reading next to me and said, “I don’t have to read the prolog, right?

That’s when I had to wonder if anyone actually really reads them. So for this post to explain life at The Gates I am sharing the prolog from Mocked by Faith. Though the religion only explains the character’s actions, most don’t see why it does play a secondary character.

Gates of the Angels

As with most followers of Christianity, those who live in The Gates loved their beloved archangels. Seven archangels to be exact, Uriel, Raphael, Raguel, Michael, Zerachiel, Gabriel, Remiel. Their faith splintered off from main stream Roman Catholics when four were removed from their list.

As in the beginning, Adam & Eve Genesis 2, when God created Adam, he created Eve to complete him. The same holds true today. No man is fulfilled until he has taken a wife. A wife chosen by the entity that created him, his father. Only then would the two be forever in the grace of God.

Following the rules of their forefathers kept the faith true to itself:

A wife shall place her husband above all other men. A wife’s place is beside husband in and outside their home. She must trust him to lead them both in life, love, and prayer.

A husband shall love his wife above all others. He must protect, love, and lead his wife. He’s sworn to provide all her needs, financial, emotional, and spiritual.

The couple shall be fruitful and multiply. They will remain as one until the end of their days.

Peter 3:2 when they see the purity and reverence of your lives.
Peter 3:5 For this is the way the holy women of the past who put their hope in God used to make themselves beautiful. They were submissive to their own husbands,
Peter 3:7 Husbands, in the same way be considerate as you live with your wives, and treat them with respect as the weaker partner and as heirs with you of the gracious gift of life, so that nothing will hinder your prayers.

As God created The Garden in Genesis 3, he also created Les Portes de l’Ange. A sanctuary for those who followed his words and beliefs. There time stood still. Wives obeyed their husbands, respected others, and lived be the sacred scriptures. Locking themselves away from the outsiders who would threaten their way of life, very little changed for the believers. Even with the additions of the technology world and changing fashions, inside they remained true to their faith.

So now that you know why they act the way they do, I hope you’ll check it out!

Thanks for letting me visit!
Michele Richard

Meet Michelle
Michele Richard lives in a suburb of Boston, Mass. She’s the mother of two pre-teen daughters and the wife.
Michele Richard has created the Mocked series. From Mocked by Destiny to the trilogy Mocked by Faith, she writes what comes from the heart. A wife and the mother of two preteen girls, she spends her days spinning tales about what happens when what you believe in mocks your every turn.
When she’s not writing, her days are filled with her family, her bunny Geneva, and friends. Her greatest passions are learning new languages and traveling. She currently resides in the Northeastern part of the United States however; her family members live down the east coast as far as North Carolina.
She’s currently learning French and Spanish, and one day hopes to be fluent in both. Learning new things is always something she enjoys.

Michelle Richard
and
Renaissance Romance Publishing
for their cooperation in making this post
possible.